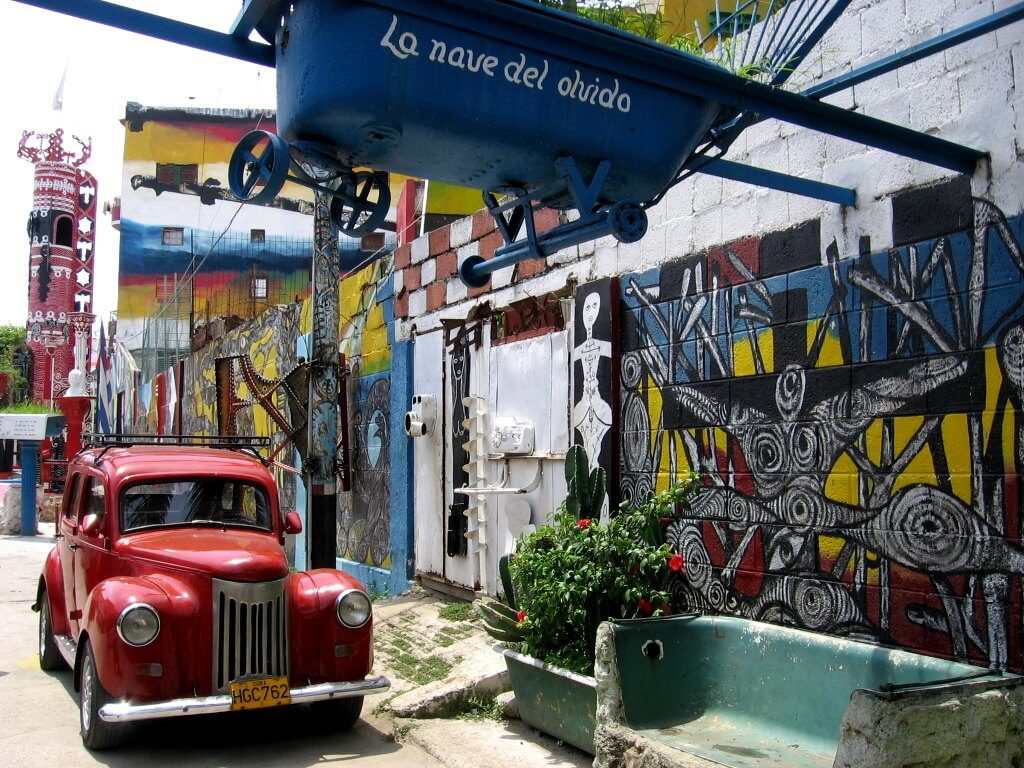 Thought to type down few tips on things to do in Havana first, but I just can’t wait to tell you about my lovely tour around the city, actually the outskirts of the city. So, we will start off with a sidecar motorcycle. And Hemingway. And colorful street art… You think that they have nothing in common? Well, think again! 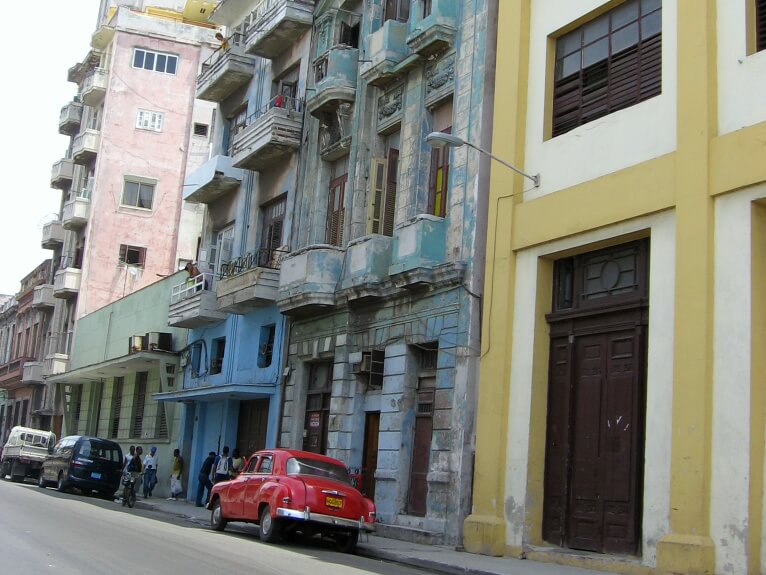 I was so eager to go to the house where Ernest Hemingway spent so much time, where he wrote For Whom the Bell Tolls and The Old Man and the Sea. He actually lived here for 20 years, after buying the house in 1940 for a bit over 12,000 dollars. Everything about Cuba was just perfect for Hemingway – the sun, the fishing, the rum. Oh, that was such a “must see”! 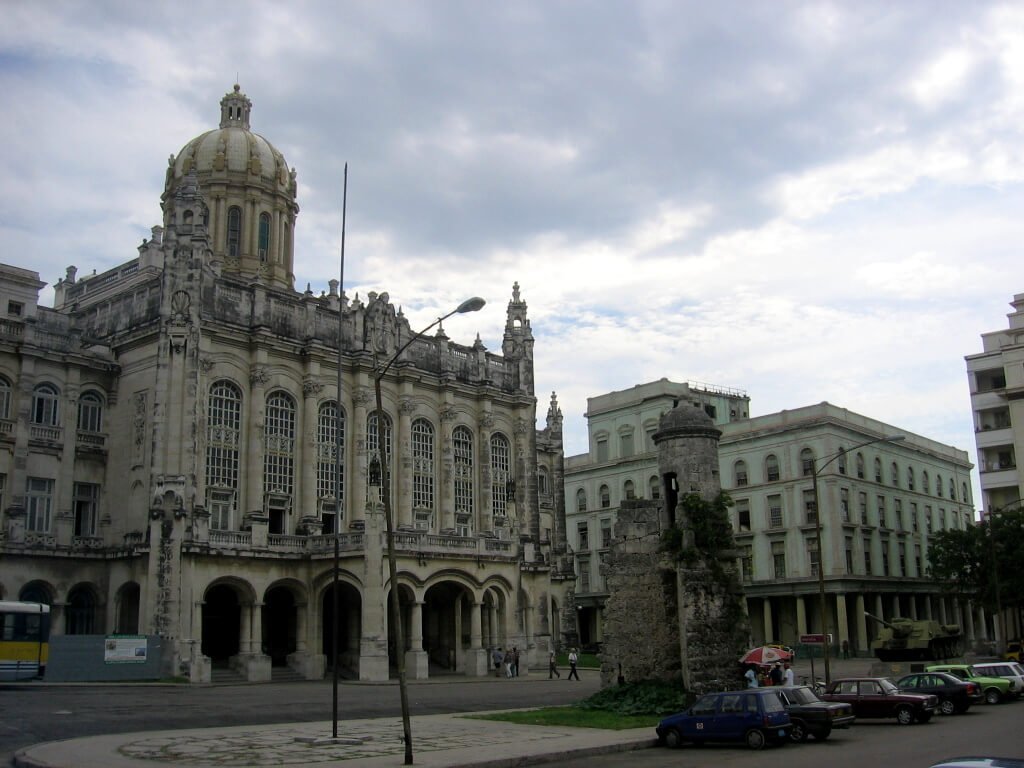 Passing by the Revolution Museum

Looking for a “legit” car

So, went down town to find a taxi, since the house is about 15 kilometers away from the city. The settlement is called San Francisco de Paula, and the house Finca la Vigia. (Hemingway named it, meaning “the lookout house”.) 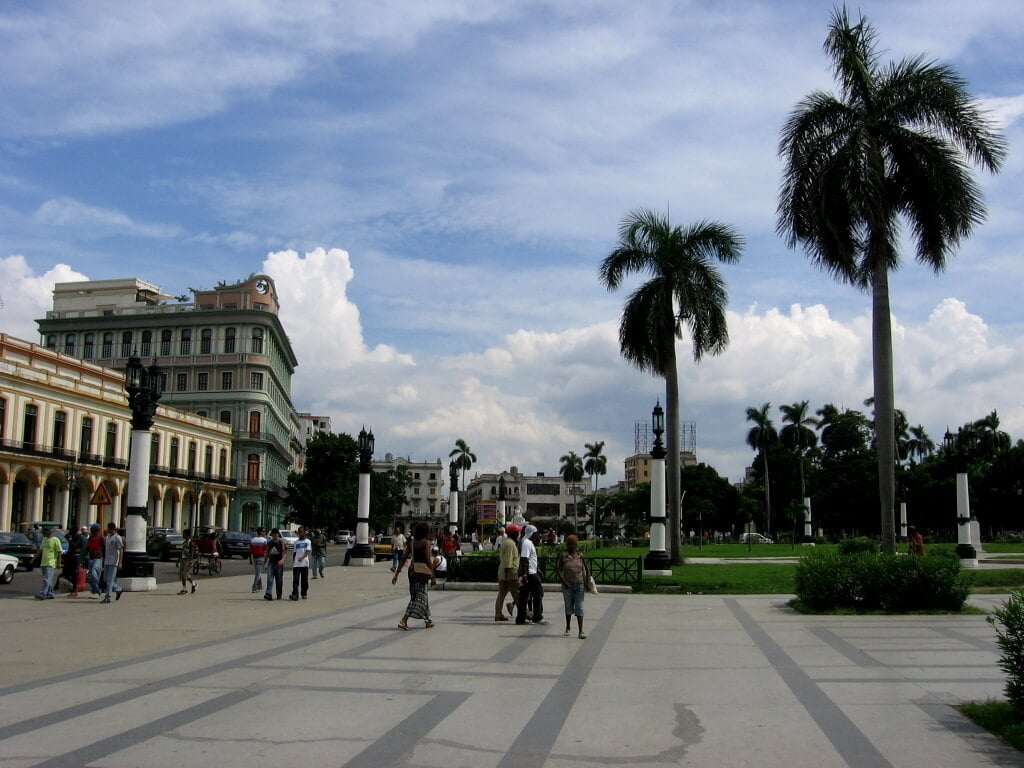 One of the squares in Havana

As I was approaching what seemed to be an improvised taxi station, I remembered how they have advised me back at the hotel, “not to take taxis that do not have the official tag”, since those were probably “illegal” and “you can get tricked in so many ways”. I saw few motorbikes on one side of the parking lot, with some improvised taxi-signs put up. “Don’t need a motorbike, a car would be better”, I thought. 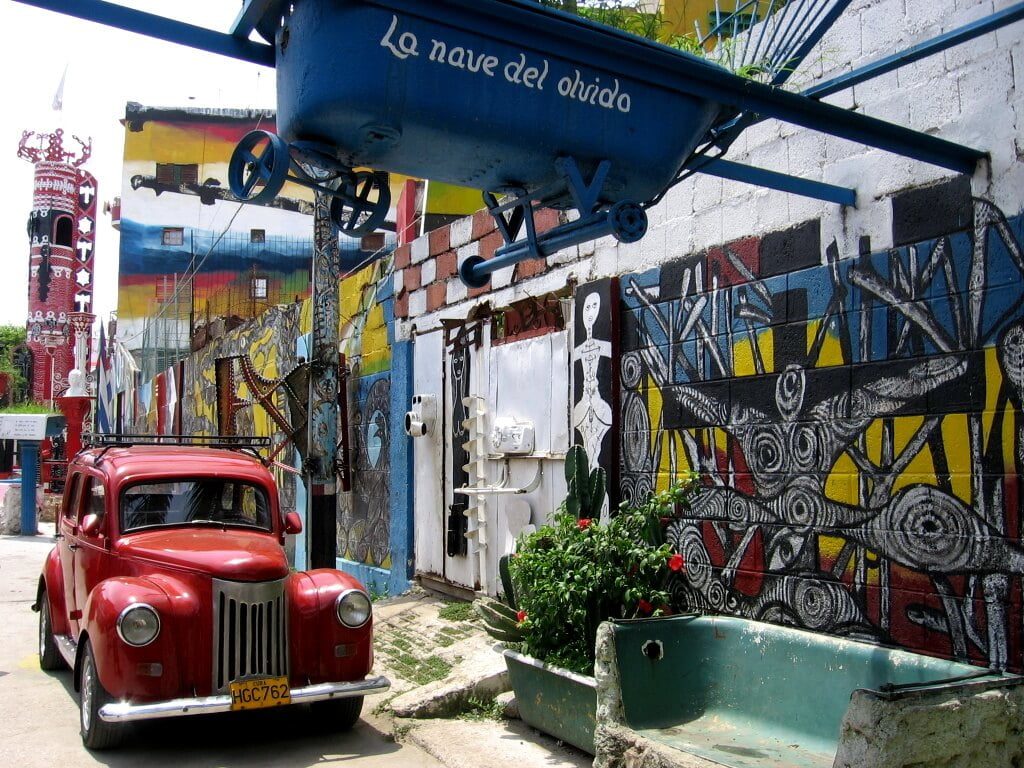 Going among all those cars and all sorts of, well, “vehicles” Cuban style (more about the means of transport in one of the next Glimpses!), I saw a gentleman with glasses, smiling, welcoming me to his taxi, waving and pointing to his – motorcycle sidecar?! 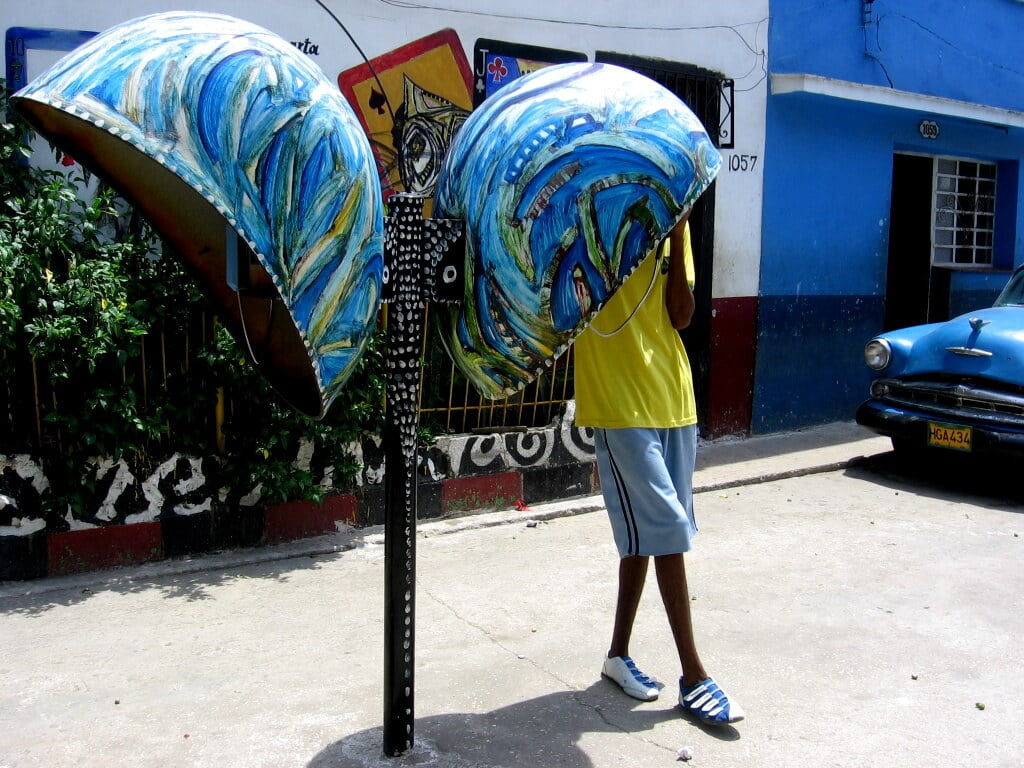 Don’t get me wrong, I only saw those in old movies, mainly related to the World War II. Didn’t know that they still existed! This one was blue. I smiled, was so surprised, didn’t know how to react. And while I was amazed by the sight, my “driver” ripped up the small paper with hand inscription he glued to the glass saying “Taxi”. It was torn to pieces since he was no longer “available”, right! What choice did I have! 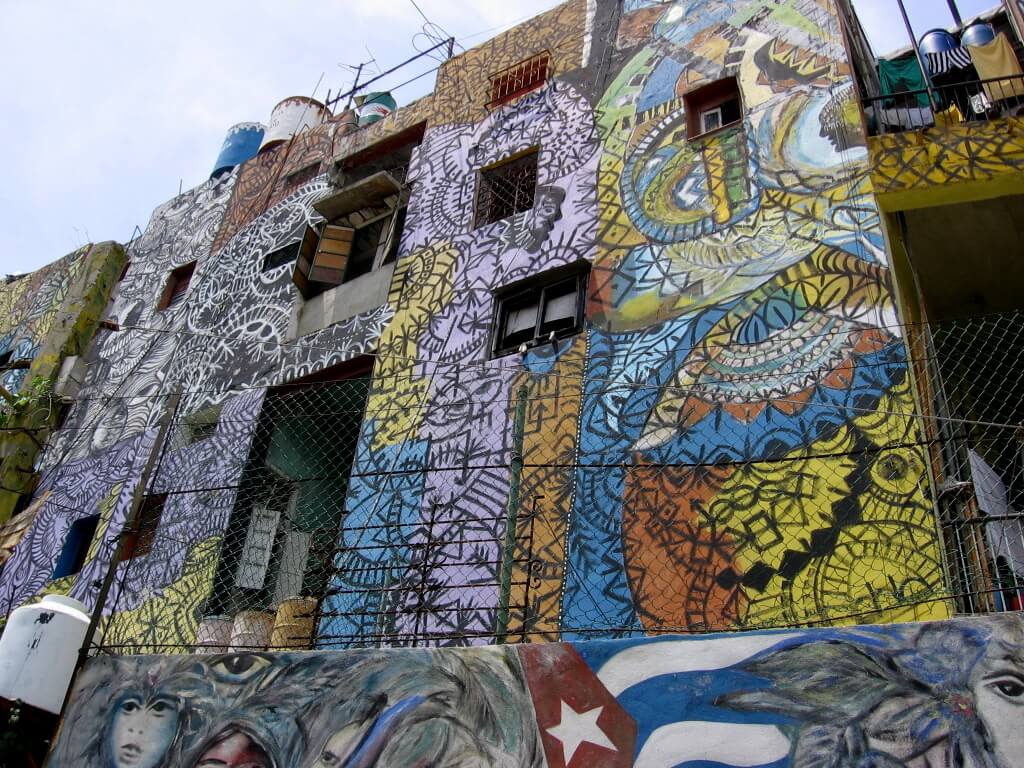 “Step in, please”, he said. Needed few instructions on how to “board” this vehicle (while being in a skirt), and sat in that small cart that had some kind of rubber lining for my legs. (That thing was “pinching” my knees from time to time.) And before I knew what was happening, my taxi-driver put on his helmet, took a glance at my book (I was showing him where I wanted to go), and we were off! 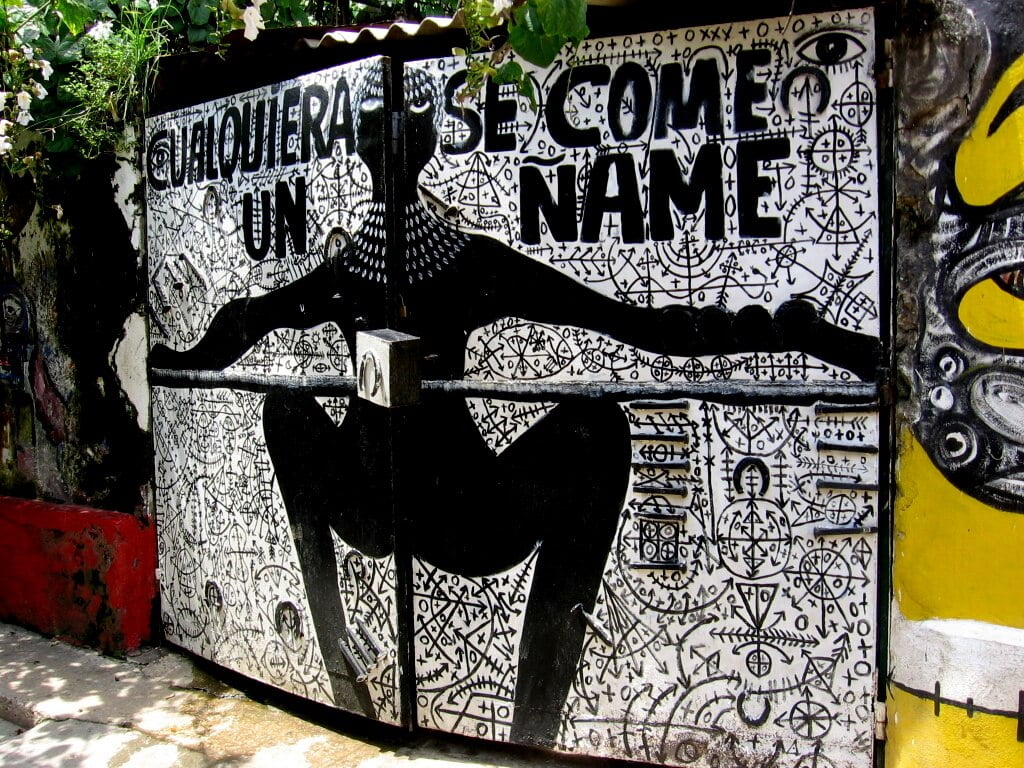 Took on a hitch hiker

Although I felt every little hole on the road, we were bouncing like crazy, my hair was messed up and my knees were turning red, I had so much fun! Just imagine that annoying sound of a small bike (luckily, not that loud, we were able to talk), going around town, people smiling and waving to you… I was like a little star, well, the one with a bad hair-day and red knees! 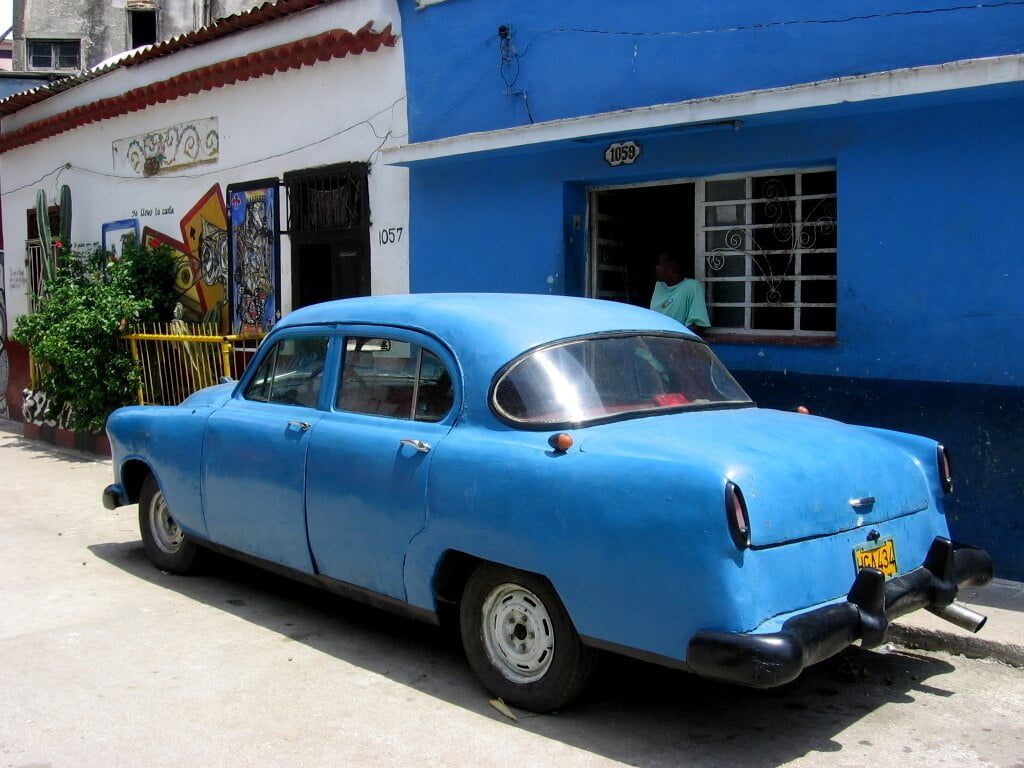 One more old car at the alley

My “taxi-driver” was informed, knew a lot about the world, it was easy to see that he was well educated and that this was his way to earn some “hard currency” on a side. His regular job at some administrative office got him less then 10 dollars a month. 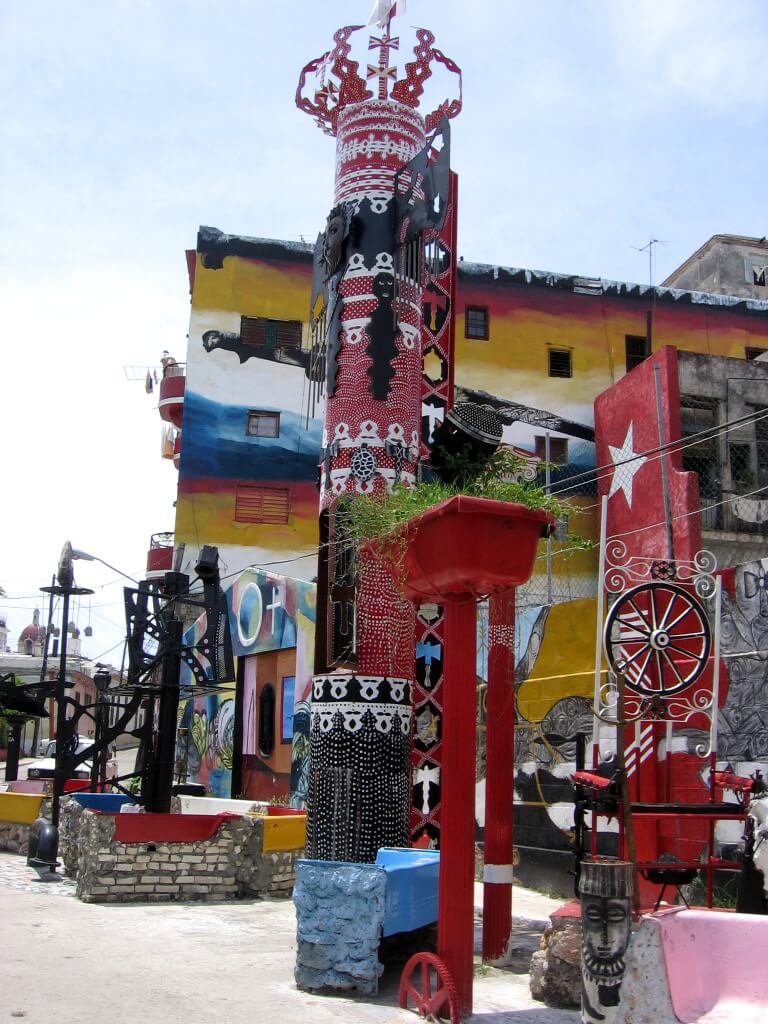 While we were chatting about the world, a woman waved and we stopped to say hello. It was my “taxi-driver’s” friend, coming from work and given the poor public transport situation, she was hitch hiking. She looked at me and asked “if it would be too much trouble” to give her a lift. And now, there were three of us on that sidecar, creaking down the road! 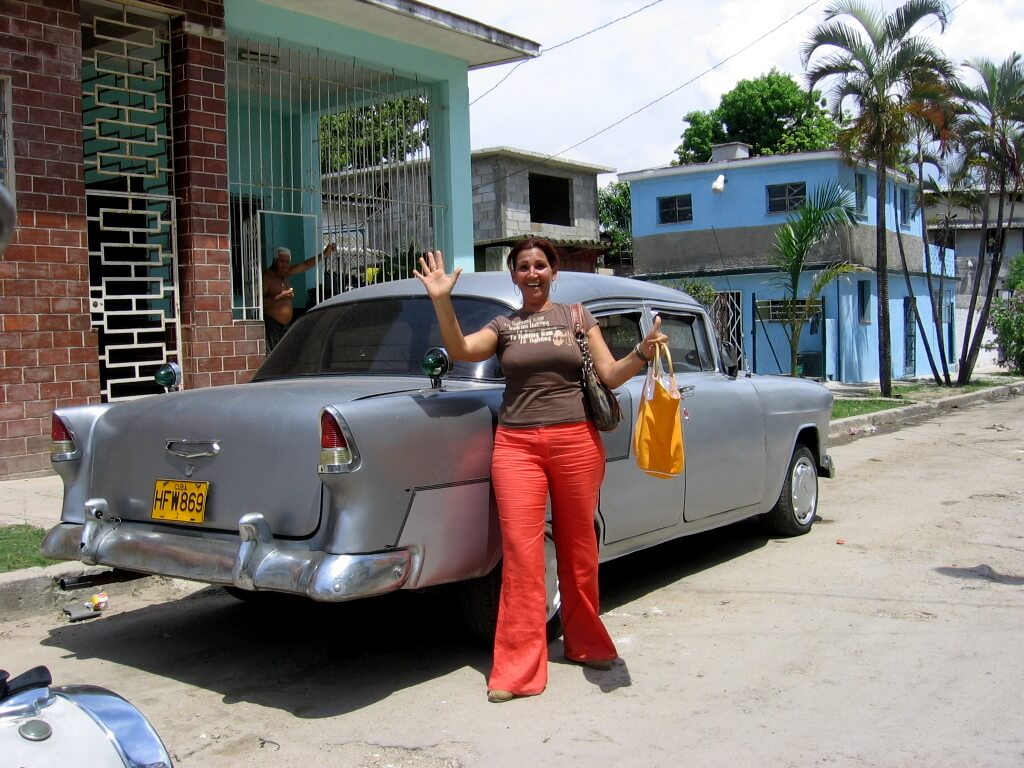 Nice lady who came along

After we got to know each other, she said she wanted to give back the favor. We were nice enough to give her a ride, she said, and she was going to take us to a place “I’ll fall in love with”. We turned around another corner and soon there seemed to be an alley – covered in murals! 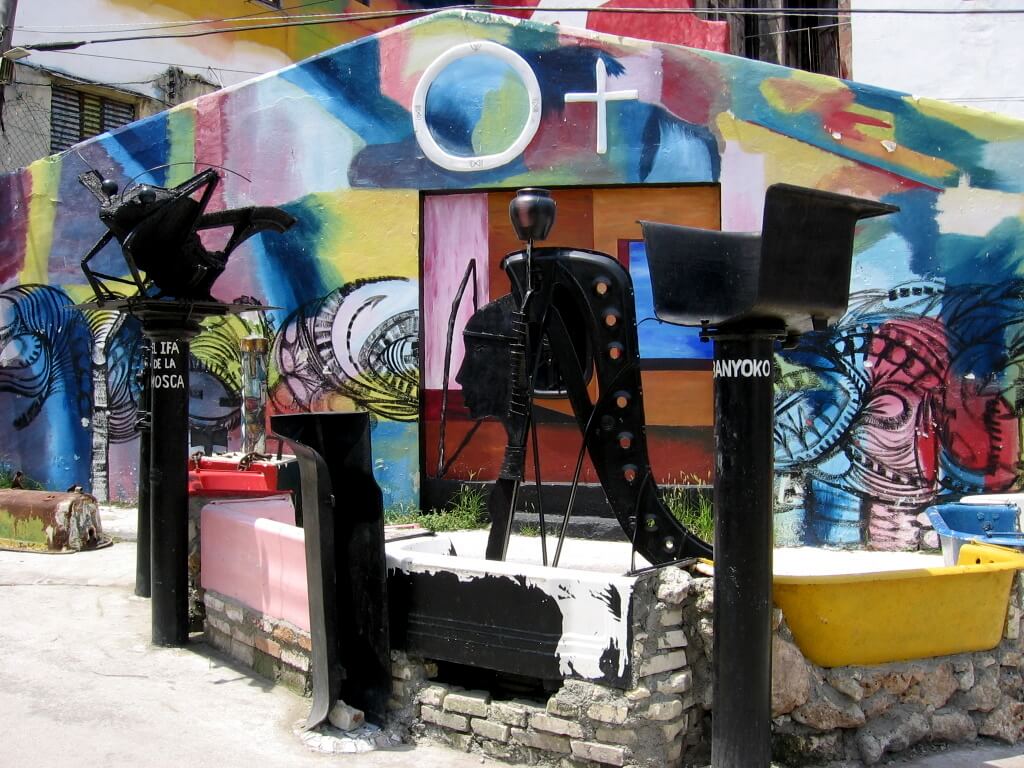 Parked that small sidecar and three of us went strolling around the place. They were explaining that it was called Callejon de Hammel, and was a kind of Afro-Cuban sanctuary. Its name derives from legendary French-German resident Fernando Hammel, wealthy merchant who took the entire quarter under his wing. The colorful 200 meters mural, beautiful Havana street art for which the street is now famous, is the work by naive painter Salvador Gonzales. He wanted to pay homage to his varied cultural roots by representing all the religious cults and movements of African origin that are still active in Cuba. 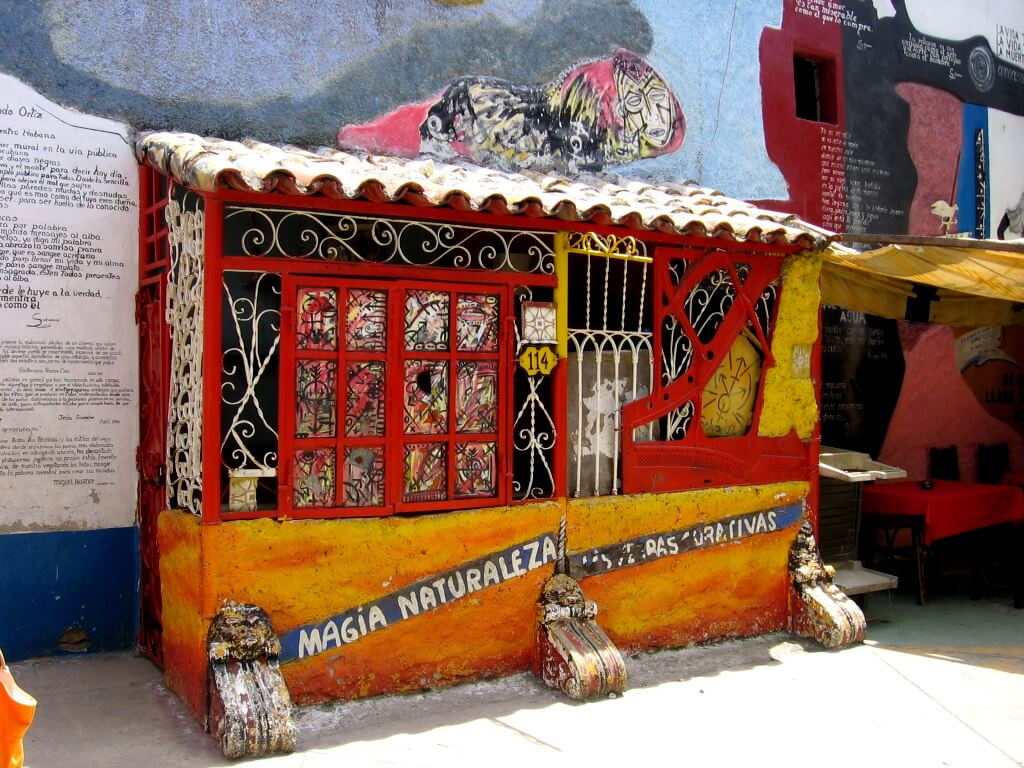 Another detail from Callejon de Hammel

Oh my! I was stunned by the scenery, so many colors on the walls, bright red car, blue phone booth. It was just beautiful! I was going around saying “wow” all the time, and the lady said that it would be easy to meet the artist if I was interested. I strolled a bit more instead, didn’t want to disturb, took so many photos and went with few more “wows” when I was told that there were rumba shows here on Saturdays, popular with tourists and locals alike. People just gather and start dancing. Well, it’s Cuba, right! 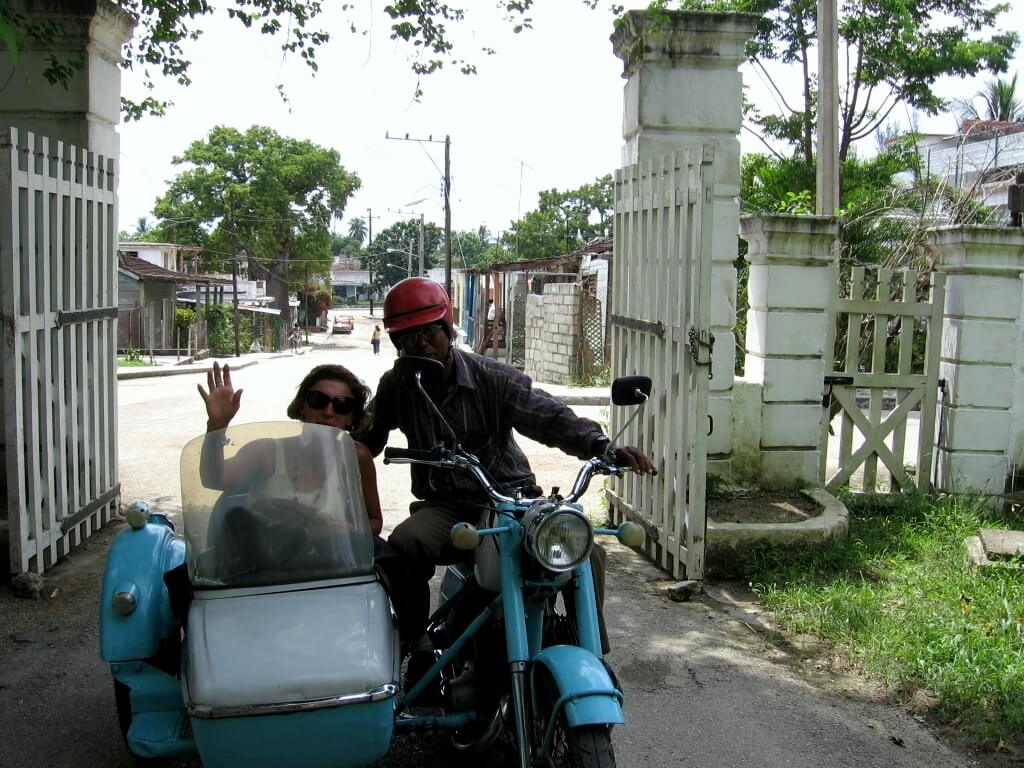 In motorcycle sidecar at Hemingway’s gate

And what about that Hemingway’s house you wonder? We are on our way there of course, that’s the next stop. Imagine a swimming pool for now, but the one where Hollywood actresses took a plunge or two once!

Next: STEP ONTO HEMINGWAY’S BOAT (3)