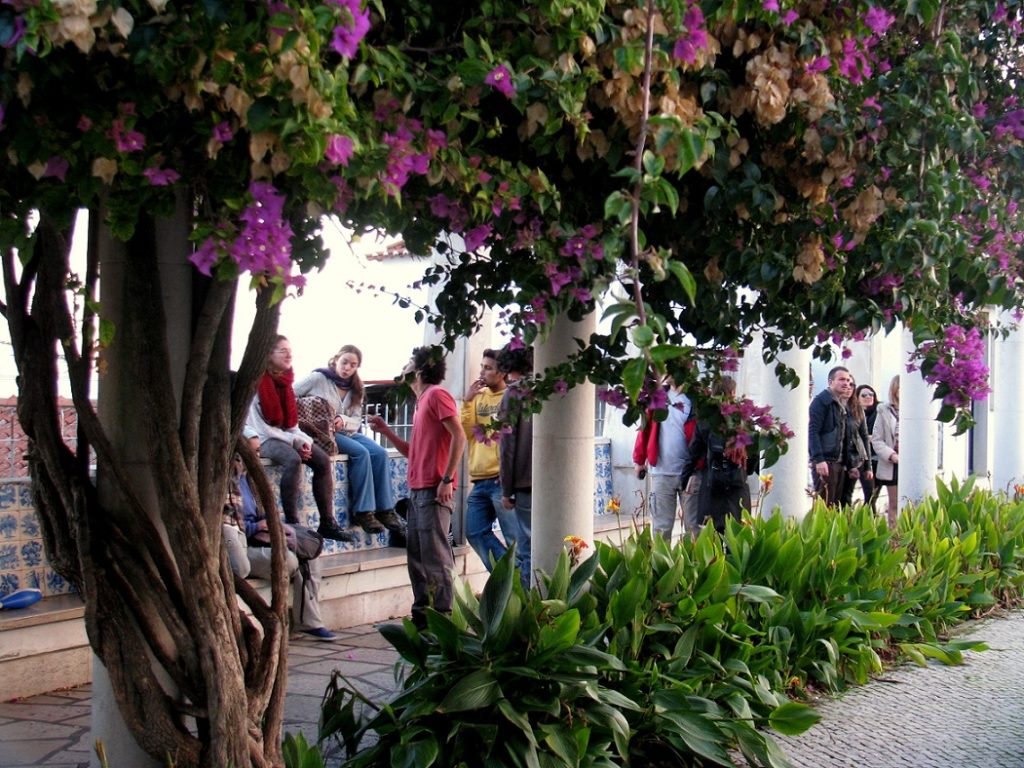 Wanted to write the Lisbon story in chronological order as I often do, but it was just impossible.

Every plan I had for the particular day – to visit this and that and leave other “this and thats” for tomorrow, just couldn’t “hold water”.

Because when ever I take that “planed route”, something comes up behind the corner or at the next square that makes me widen my route and takes me to some other direction.

Well, the whole city is one giant monument – so don’t plan, just walk around and enjoy it!

Therefore, I would have to line up landmarks of the city (even though I am not a fan of so called lists of “must-see places”). Anyway, one of my first awe when strolling around Lisbon was the Augusta Street.

Rossio Station (left) and some other ‘beauties’

Pedestrian path from Praca do Rossio towards the Tagus river bank, vibrant with shops and cafes on both sides, bustling with people enjoying sunny day, and cobbled all the way, with embedded mosaics of round shapes. Since it was late November when I was there, Christmas decorations just started to appear above.

I remember that I was surprised how straight the street is, just long and straight. It ends by going through the huge and richly decorated arch at the Praca do Comercio – the Triumphal Arch.

The district is known as the Baixa that had turned into one of the most animated areas of the city.

Pelourinho Monument at Praca do Municipio

Until the Lisbon Portugal earthquake in 1755 (after most of the city is rebuilt to its today’s appearance), the district was full of houses on small pillars to avoid flooding from Tagus.

The future plan was to construct a grid of streets, all 12 meters wide and paved, assigning each square to a single craft.

The good remainder to that plan are today’s street names such as Rua do Ouro (gold) or Rua dos Sapateiros (shoemakers).

There is a palace at the square, rectangular in shape with elegant proportions and large in size. This is where the Royal Palace was located from the 16th century to the faithful year of 1755.

Not far from this square, there is another – Praca do Municipio, which holds great significance for Lisboans.

The Theatre, where the Palace of the Inquisition stood

Here, there is the Town Hall built in 1864. In front of it – the 18th century Pelourinho, the monument that today symbolizes justice, but was once the place to hang the condemned.

One other building evokes groom history events. On Praca do Rossio there is Dona Maria II National Theater building, imposing in size and appearance. The Theater occupies the former site of the Palace of the Inquisition.

Selling flowers at Praca do Rossio

While there, look to the left – there is decorative Rossio Station with arched entrance, facing the Church of Santo Domingo that goes back to the 13th century.

Many sentences of the Holy Inquisition were signed in this church.

Next to Baixa there is Chiado district with its name coming from the nickname of poet friar Antonio Ribeiro, said my local guide-book.

Fernando Pesoa statue in front of the Cafe

He lived in the area in the 16th century and was known for being astute and mischievous (chiado in Portuguese).

Here is the Café a Brasileira, favorite meeting place of Lisbon intellectuals from its founding in 1905, with poet Fernando Pesoa statue on its terrace. Such charming square with, once again, cobblestone floor mosaics.

By taking the Elevador de Santa Justa you can reach the hill with the Convento do Carmo from Baixa area.

It is the Archeology Museum of Carmo since the end of the 19th century and it is considered to be a real jewel of Lisbon Gothic. It has been built in 1423 and the earthquake in 1755 has brought its ceiling down.

The building’s imposing silhouettes can be seen today from a good part of the city.

In Ajuda district there is the significant National Museum of Ancient Art, but also the building of Ministry of External Affairs which was built in the 18th century and served as the official residence of the Portuguese kings until the abolition of monarchy in 1910.

Not very far from there, there is the April 25 Bridge, Lisbon’s Golden Gate, with the Monument to The Christ on the Tagus’ bank. If you have the time, go visit the National Carriage Museum which I found so interesting. Not a sight you encounter often.

Let’s not forget the Castle of Saint George which is of Arab origin and was taken over in the 12th century. It gives one great view of Alfama district. If you would like another good viewpoint, walk over to the Mirador de Santa Lucia!

Probably one of the most depicted curves of Lisbon is the one of the yellow tram in front of the Lisbon’s Cathedral or Se.

It was built in the 12th century on the site formerly occupied by a mosque.

Charming arches and pillars inside the Cathedral

According to tradition, Saint Antony of Padua was baptized here in 1195. Opposite to it there is the Church of Santo Antonio erected on the site where it is said the Saint was born in the late 12th century. Understandably, the city celebrates the Saint as its protector. 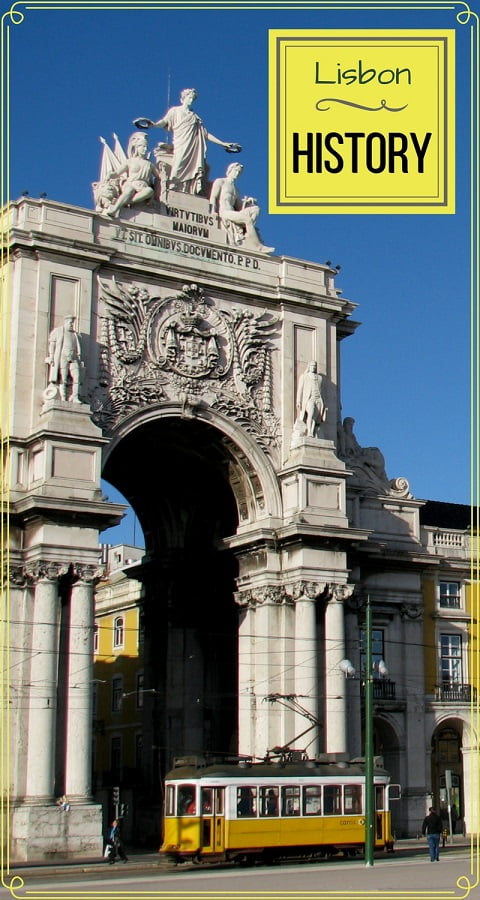 0 comments on “Lisbon: STRICT, YET MISCHIEVOUS (6)”