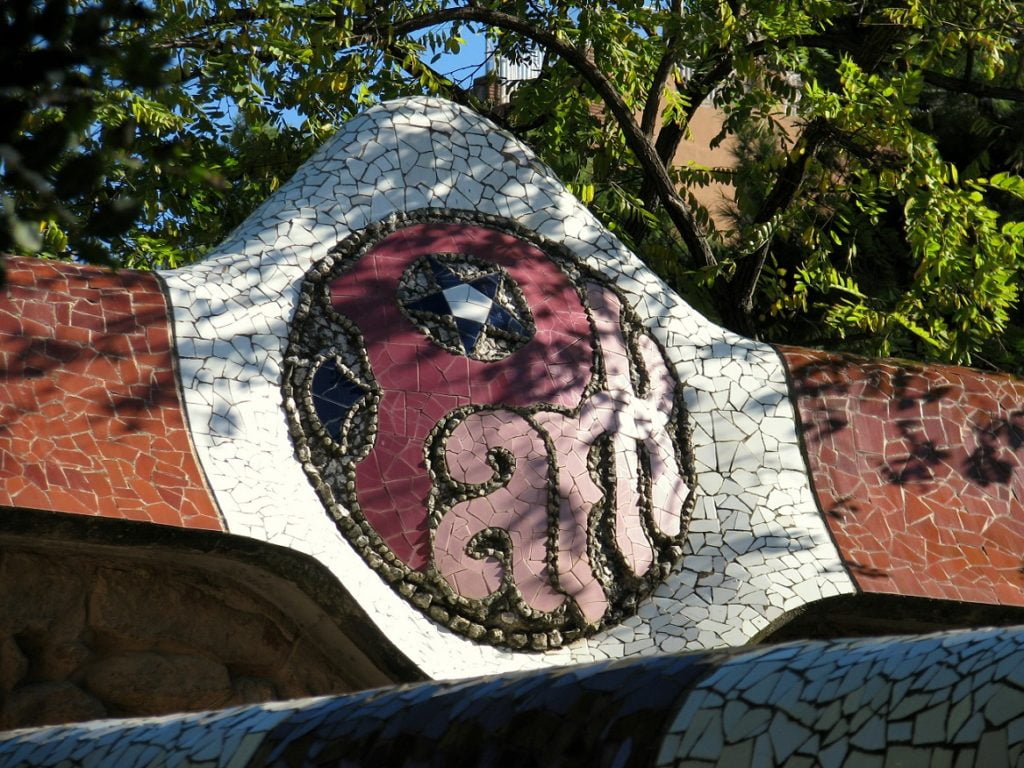 My first day in Barcelona! Took a long breath and glanced through the window, rushed down for breakfast, then back up to my room to take the camera and the book I bought the night before. Gaudi, here I come!

Colorful ceramics on the ceiling

Took the bus that was going up and up… “I have really considered going on foot all the way up to the Park Guell?! It would have taken me the whole day to climb up there!”, it crossed my mind.

By the way, did you know that Antoni Gaudi loved to walk? Was just reading about him, while sitting in the bus.

He took long walks because of his health condition, and that is how he discovered the spectacle of Nature, that is why his creations were later known as “organic constructions”.

In 1878, when Gaudi was 26, he met Euebi Guell, rich industrialist and patron, who was going to protect his projects until the end of his life.

Park Guell began as a private urban planning project (1900-1914) assigned to Gaudi by Guell in accordance to the style that was popular in England at the time. Never the less, only 2 of 62 projected parcels were sold and thus the project was not a success. Mainly because it was considered to be too far from the city center, too solitary and “up the hill”.

Gaudi’s house turned into a museum

Still, Gaudi finished his work and now we have the legacy of one of the most popular architectural achievements. The whole area was declared as an Artistic Monument by the local government in 1962 and it later became UNESCO heritage sight.

So, only two houses were built and sold and one of them was bought by Gaudi himself.

He lived here up until 1925 when he has set up an accommodation in Sagrada Familia he was working on.

It is possible to go inside, it is now turned into the museum with the belongings and Gaudi’s furniture decorations.

It is astonishing to see how Gaudi projected pathways for pedestrians, curious arched paths with local stones, looking for the forms that imitate the surrounding nature. There is the famous wavy bench in the large plaza, supported by columns.

Looking from downwards, there are beautiful ceramics’ collages decorating the ceiling between the columns, created by Gaudi disciple.

One of the most eye-catching aspects is that there are a lot of curving and undulating shapes, and also – dragon details. It is one of Gaudi’s preferred topics, the immense dragon defeated by St George, patron saint of Catalonia with its symbolic transcendence of Good overcoming Evil. (We were just in Cappadocia, remember – the place where St George was born. Just love when details fall into place like this!)

Pedestrian path in the Park

So, there is going to be a terrace resembling a dragon’s jaw or a passageway that looks like a jaw with huge teeth, and of course, there is a lizard-dragon covered in mosaics, in vivid colors, located at the entrance, being a huge recognizable fountain.

Though I like dragon symbolism, and even though my family celebrates St George (in Serbian Orthodox Christian tradition this celebration is called slava and each family inherits a particular saint to celebrate), I am not that fond of dragons and lizards.

But still, I could not resist the charm of ceramics collages and those beings represented by Gaudi! It was just another creator of nature, in all of its (Gaudi’s) creativity. Just had to get me one.

So now I have one colorful lizard-magnet covered in ceramics, climbing up my iron book stand next to the desk. They say, it should always be faced upwards, for good luck and prosperity. Not sure why, but at the end of it – a little of that Gaudi’s magic is still with me, to this day!

Next: CHIQUITA IN LA RAMBLA (3) 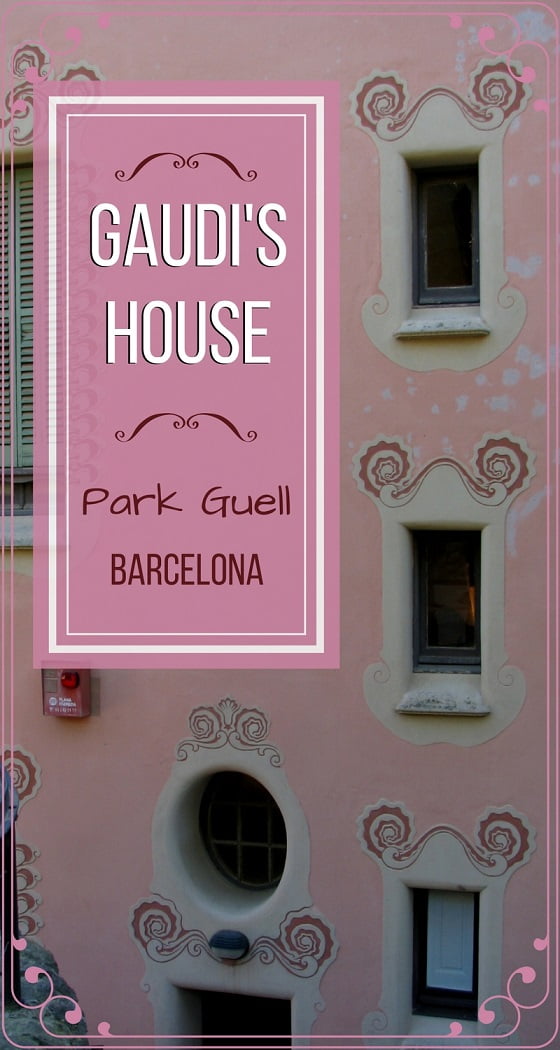 25 comments on “Barcelona: FACING THE DRAGON IN PARK GUELL (2)”

They say that you will come back to Sremski Karlov