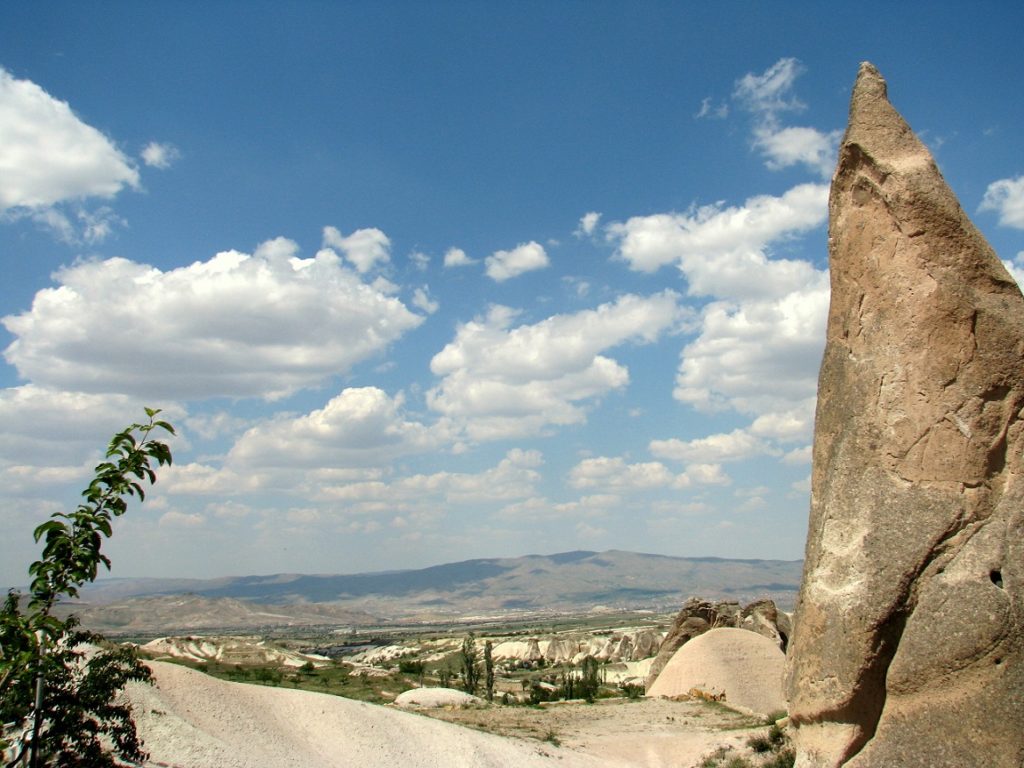 The territory of Cappadocia is divided into several areas that differ by color and composition, different in shapes of “fairy chimneys” that sprout from the earth.

More than a 1,000 years ago active volcanoes made this strange landscape erupting frequently and depositing lava to the area of 20,000 square kilometers. Volcano ash and lava turned into stone and under the constant influence of winds and erosion for hundreds of years, it began to shape into today’s landscape.

Softer stone and soil eroded and collapsed, leaving firmer parts as caps on the top of high pillars. They are usually referred to as the “fairy chimneys”.

Just one of Cappadocia areas called Goreme hosts more than 400 churches. The old Mazaka city at the early Christian era was an important episcopal center and bared the name of Caesarea.

Up until 1071 it was part of the Byzantine Empire. The fact that there are more than 3,000 churches in Cappadocia reflects its importance regarding Greek and Orthodox Christianity. The last Orthodox Christians left this area during the two-year conflict with Turks in 1922.

Since it was so significant for Christians, no wonder that so many churches are to be seen here today, located high inside those amazing fairy chimneys being unreachable to the outsiders. There, Saint George is often depicted. Cappadocia was his birthplace.

Christians taking shelter in the valleys of Goreme escaping the Arab raids, named this place “gor emi”, meaning “the place you cannot see”.

The name was changed into Korama and then to Goreme.

With its interesting fairy chimneys, the rock-cut churches and caves, the valley of Avchilar (17 kilometers from Nevshehir and 6 from Urgup), attracts a lot of visitors. Here, there are about 400 churches which states of the importance of Goreme area for Christianity between the 6th and the 9th century, along with other churches found in Cappadocian range of Zelve, Uchisar, Ortahisar, Chavushin etc.

Next: BOUTIQUE DE PARIS IN THE MIDDLE OF UCHISAR (11) 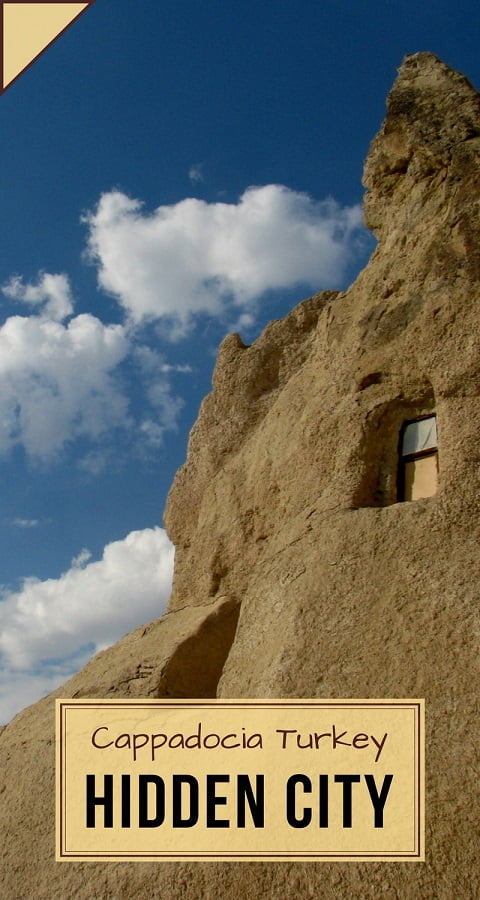 Cappadocia: WHEN YOU GET TO „NOWHERE“ (7)
« Cappadocia: BIRTHPLACE OF SAINT GEORGE (9)
Cappadocia: BOUTIQUE DE PARIS IN THE MIDDLE OF UCHISAR (11) »

0 comments on “Cappadocia: THE PLACE YOU CANNOT SEE (10)”