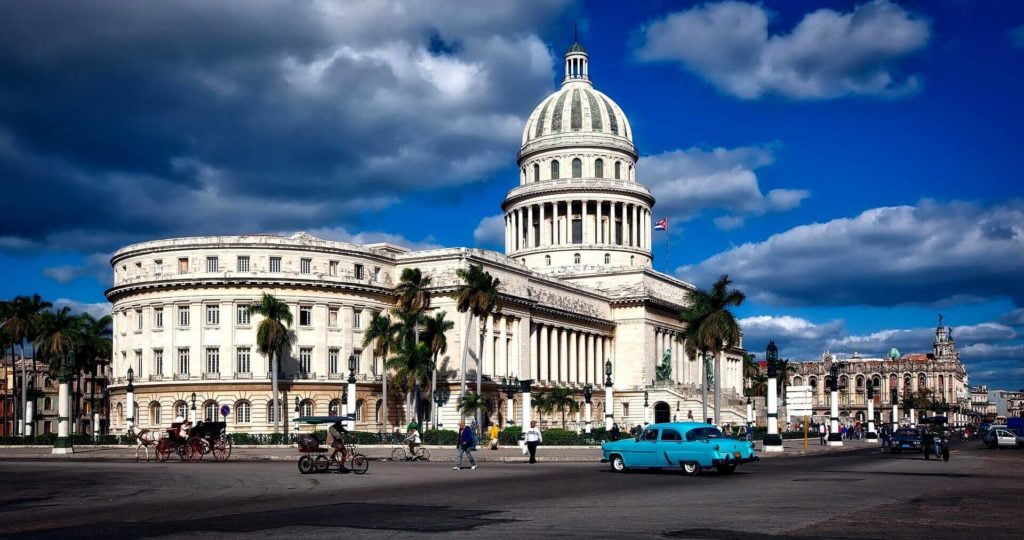 Remember that we were on foot strolling around the Old Town? Well, we will just keep walking, since there are some beautiful spots to see and visit in the Centro Habana. So, the next neighborhood, the very center of the Cuban capital, is dominated by Capitalio. 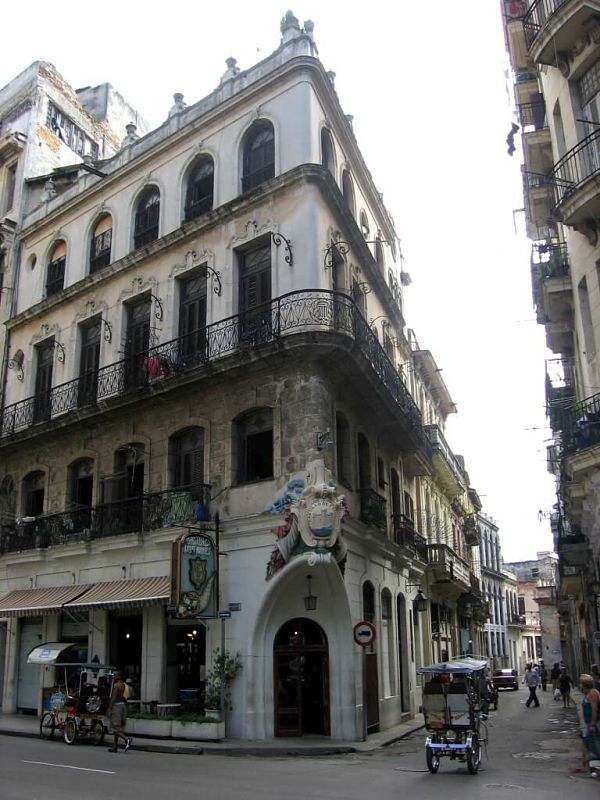 Going out of the Old Havana

The building is inaugurated in 1929 and is a loose imitation of the Washington DC Capitol, even though it’s a bit taller. It was the home of government until 1959 and today houses the Ministry of Science. It is open for tours which include the former government chambers and the library. 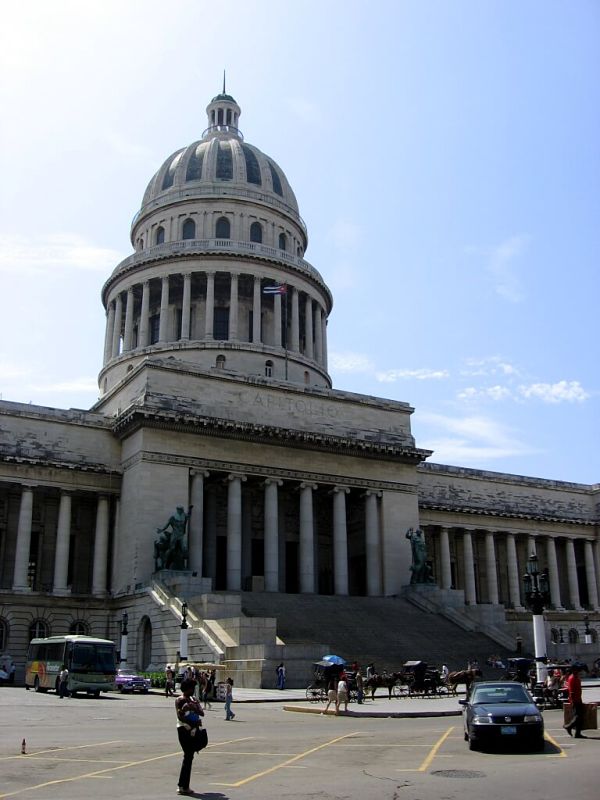 There are couple of lovely buildings here. One of them is across the Capitalio. It’s the famous Gran Teatro da La Habana. Impressive structure, carefully decorated, that once hosted the greatest opera and music names. Next to it there is the Hotel Inglaterra with Moorish details and decorations. They say that a lot of artists that performed at the Gran Teatro stayed here when in Havana. 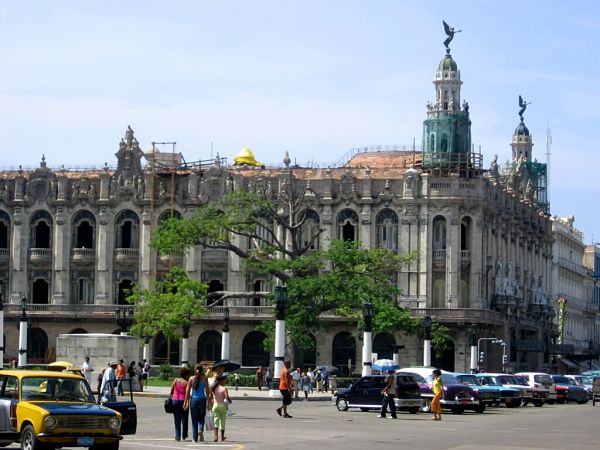 If you continue to stroll the neighborhood, you will see couple of lovely parks, popular as meeting points for lively discussions on music and sports in the evenings. You will pass by Real Fabrica de Tabacos Partagas. It was really interesting to visit one of the cigar factories. Before that I didn’t realize that all those cigars are actually hand made. 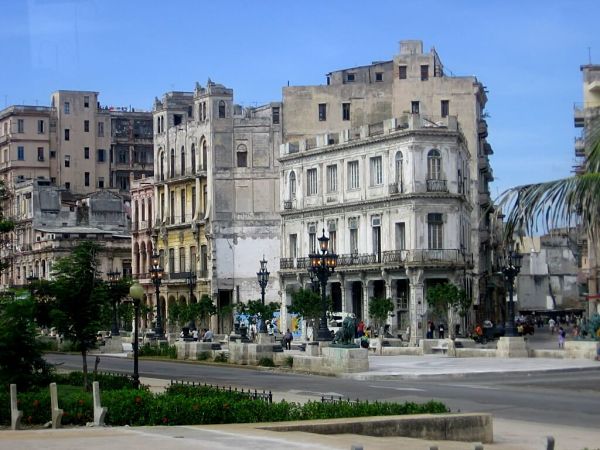 Along the Paseo del Prado that goes in front of the Capitalio and all the way to the castle on the coast, there are a lot of lovely renovated Colonial buildings to be admired. Colorful walls, old cars, trees in the middle. Just lovely bustling city street. Pay attention to charming street lamps or hotel Sevilla. 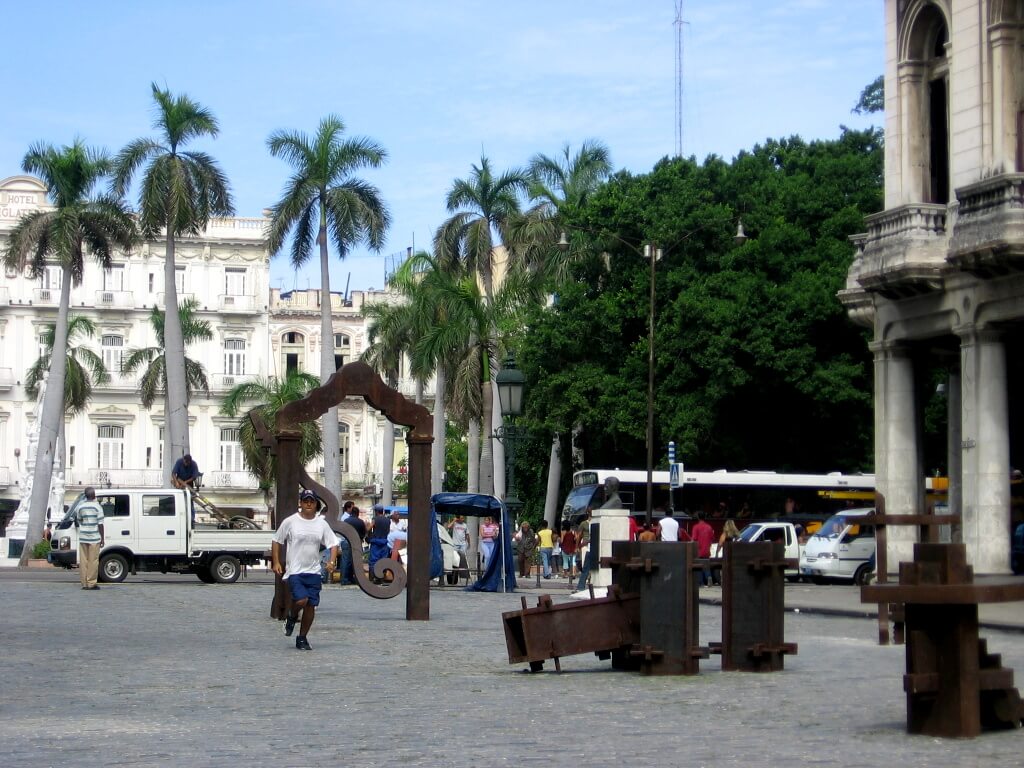 Pedestrian path next to Paseo

It’s not that far to reach Plaza de la Revolucion in Vedado district by foot, but bear in mind that it can get pretty hot in Cuba and you should come prepared. If not, just hop into a taxi. This square is a must see when traveling to Cuba since it’s very important for the country’s history. This has been Cuba’s political, cultural and administrative center since 1959. It was the venue for the first mass relies following the triumph of the revolution, where military parades and official celebration often take place. 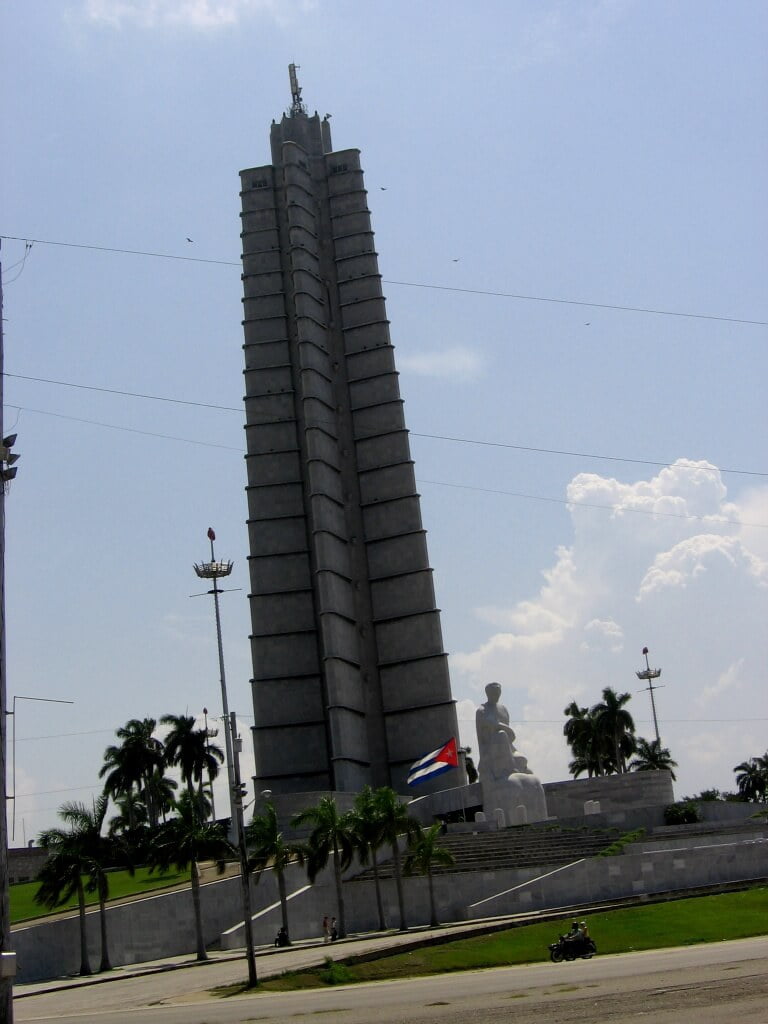 On one side of the Plaza you will find the Memorial Jose Marti, standing proud at 109 meters in heights. It was possible to go up by elevator to the top and there was a great view of the entire city from up there. At the foot of the tower is the huge statue of Marti. Essayist and journalist, Marti was born in Havana in 1853 to Spanish parents, but later became one of the best known anti-Spanish activists. He is regarded as Cuban national hero. 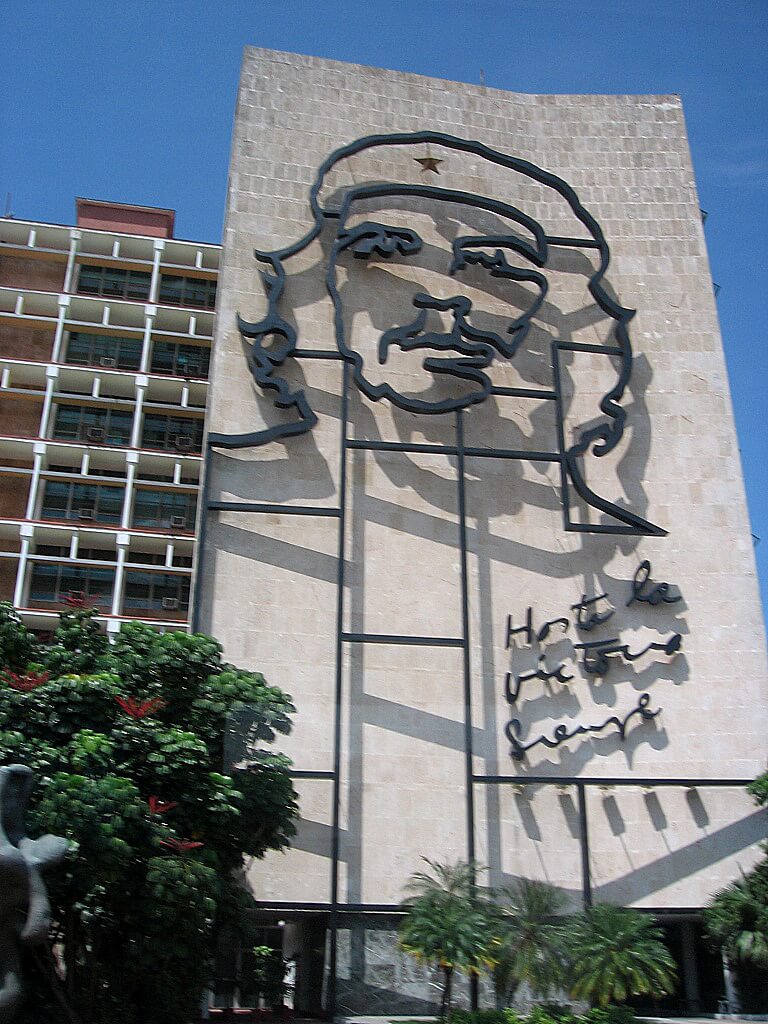 Che Guevara’s bust on the building

On the other side, there is the famous facade of the Interior Ministry which is almost completely covered by a vast bronze wire structure of Che Guevara’s bust, completed in 1995. The guerrilla fighter had his office in this building in the early 1960’s. (More about Che Guevara in posts to come!) Under the bust there are his famous words: “Hasta la victoria siempre!” (To victory, always!) 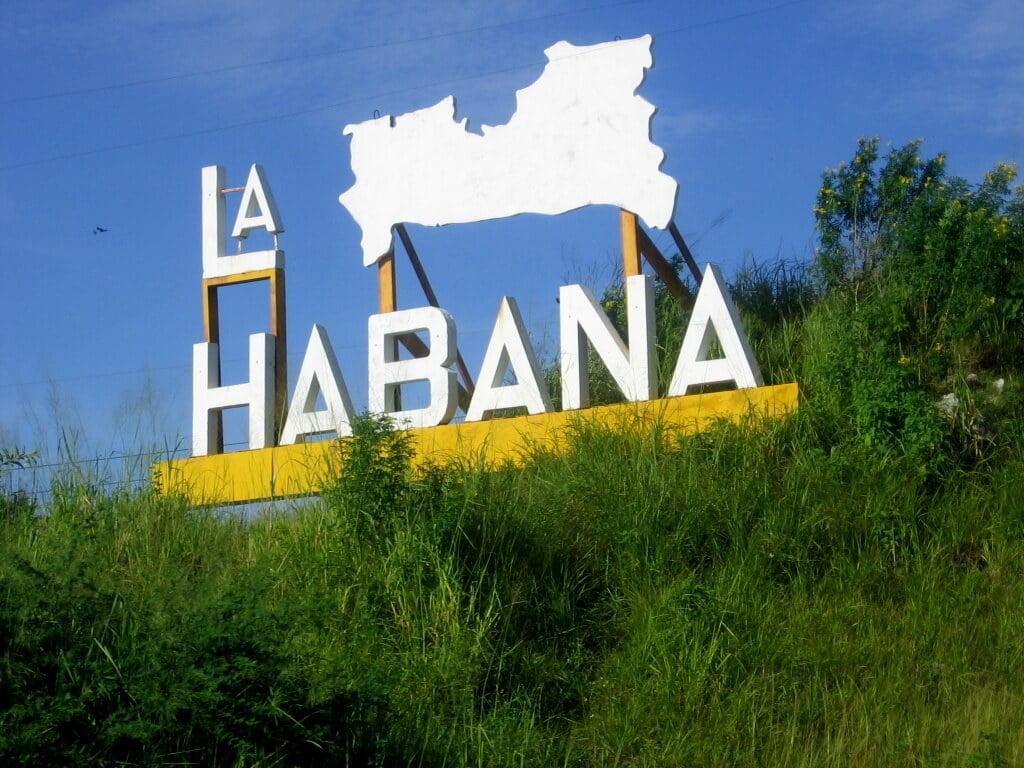 While strolling around Havana, you will notice that unlike the Old Town or Paseo de Prado, you will come across a lot of old buildings in pastel colors and Colonial architecture, that are so neglected that there is only the front facade to be seen. People still inhabit such constructions, on some only the building’s skeleton still stands. 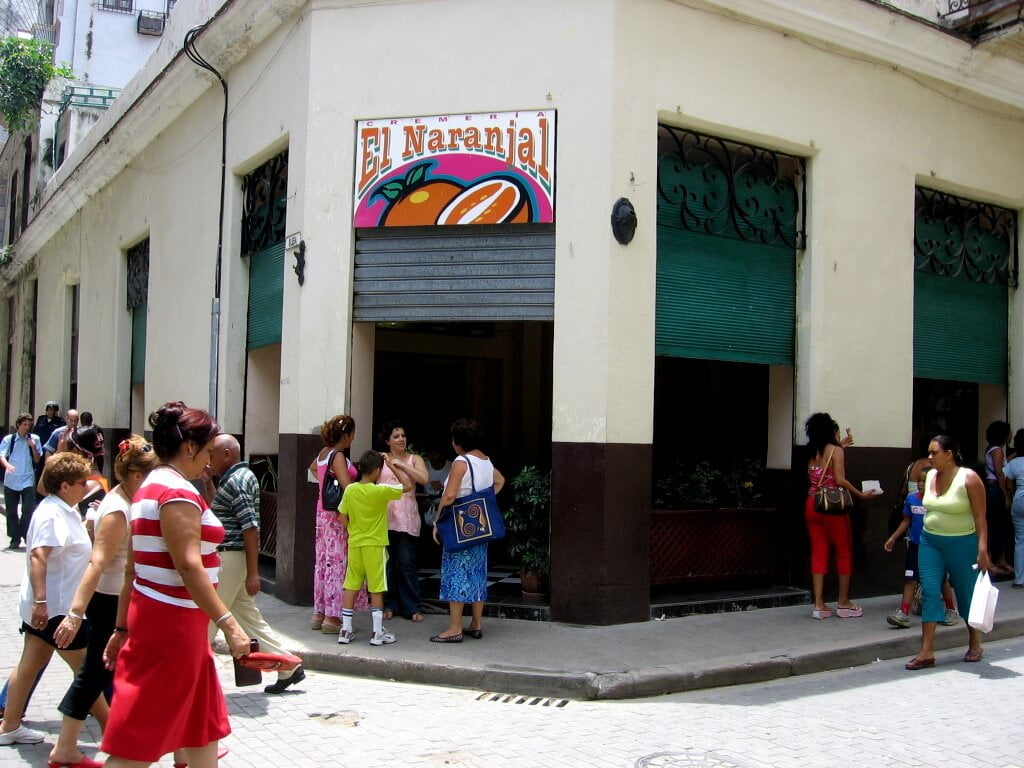 One of the local cafes

They say that internet is week nowadays in Cuba, but when I traveled to the island internet was something that was only available to government officers. There were almost no mobile phones. That was all so strange to me then, since I actually had everything at the hotel. And I just couldn’t grasp that those everyday things were not allowed outside of those walls.

Don’t let me even start on the means of transport! Or better yet, I will, but in the next Glimpse. 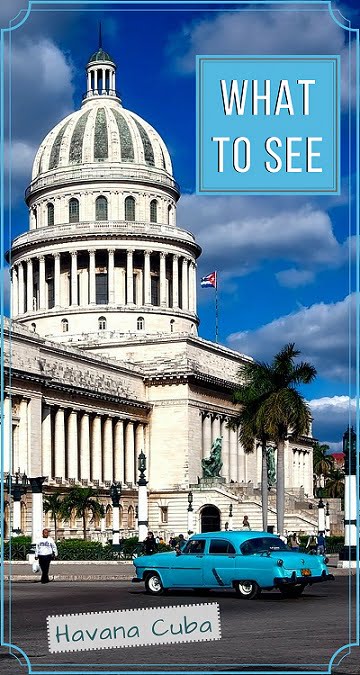 28 comments on “Cuba: THE CAPITOL AND THE REVOLUTION (7)”