Took my small suitcase the next day and went to the airport. I am going to leave Barcelona for five days or so, and then come back, to spend few more nights here and catch the flight home.

Waiting to board the plane, was just going over those places I have visited the day before which should be mentioned. So many pictures I took! Christopher Columbus monument is the first to pop up in my mind. Oh, I adore stories about explorers! (Cannot wait to “meet” Vasco da Gama in Lisbon!)

Smiled to myself thinking that I have walked around the monument when I went to the Marina, couldn’t even take a shot from upfront, it was just too tall (59 meters). The best view was actually from that terrace on the way to the Montjuic Hill.

Parallel to the sea and crossing this square is modern motorway known as Ronda Litoral. It goes underground, leaving a wide promenade, the Moll de la Fusta, on the surface. Here, there are cafes, terraces and nice view of the port. There is also the Maritime Museum, hosted by one of the best preserved buildings in the city dating back to the 13th century.

One important fact is that the city was actually “finished” when constructing it for the Olympic Games in 1992. Some districts were polished and thus the present Barcelona is a city open to the sea, returning to its Phoenician origins, the first traders to reach the Catalan coast. Majority of historians agree that it was the Carthaginians who baptized the city.

Part of the Magic Fountain

It was in fact Hannibal himself who, in memory of his father Hamilcar Barca, gave it the name of Barcino.

Barcelona fell into the hands of Arabs in 716 and the independence of the city was born from the fight against them. It rouse to its splendor afterwards, sprung in large number of buildings and walls which is now the present nucleus of the city. This splendor culminated with the great adventure of discovering America. Large number of ships were constructed right in the shipyards of Barcelona!

Three seas fountain and Plaza de Toros in the back

One very touristy spot, but still interesting, is la Font Magica (Magic Fountain) in front of the Palau Nacional. A masterpiece of engineering applied to every possible combination of water and light.

Also, pay attention not to miss Plaza de Toros Monumental when in this part of the city. There is also the Passeig Maria Cristina and the fountain at one end of it, in Placa d’Espanya, dedicated to the three seas.

This area is very nice for strolling and catching a breath or two, before moving on. At the Placa d’Espanya it is possible to find bus or metro station and to go to any other part of the city. But if you are interested in seeing that Magic Fountain water and colors dance, you would have to check when to be there.

One more thing to visit and enjoy. This time it is a park with greenery and a lake. As if that wasn’t enough, you will find one of the fountains (Cascada Monumental) Antoni Gaudi worked on at the beginning of his carrier.

Also, there are few museum and a huge arc.

So, go to Passeig de Luis Comanys, where you will find Arc de Triomf. Stroll down and you will get to La Ciutadella. This area was converted into a beautiful area of museums, gardens and zoo for the Universal Exhibition in 1888. The bricked Arc was the main entrance to the Exhibition. There is a large lake and the Cascada Monumental, already mentioned. The Parliament of Catalunya building lies in the park, now converted to Museum of Modern Arts. Museum of Natural History is not very far from here. And so on, and so on…

This is actually the perfect spot to end the story from Barcelona – going through that Arc de Triomf. Marvelous city, Gaudi’s work which I am going to remember always, Montjuic and tapas, paella and La Rambla… And oh – flamenco!

Waving, off to Lisbon! 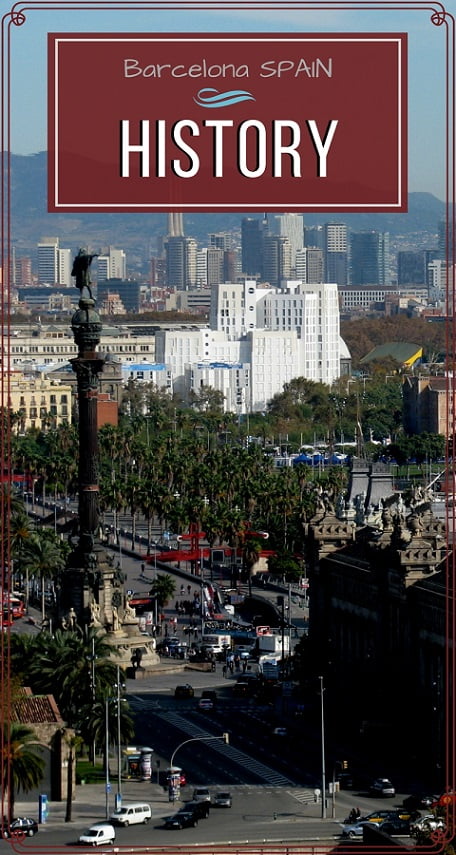 Barcelona: STEPPING ON JOAN MIRO (7)
« Barcelona: ACHING FROM FLAMENCO… AND MY SHOES (9)
Lisbon: LOSING YOUR HEAD OVER THE CITY! (1) »

0 comments on “Barcelona: THE CITY NAMED BY HANNIBAL (10)”