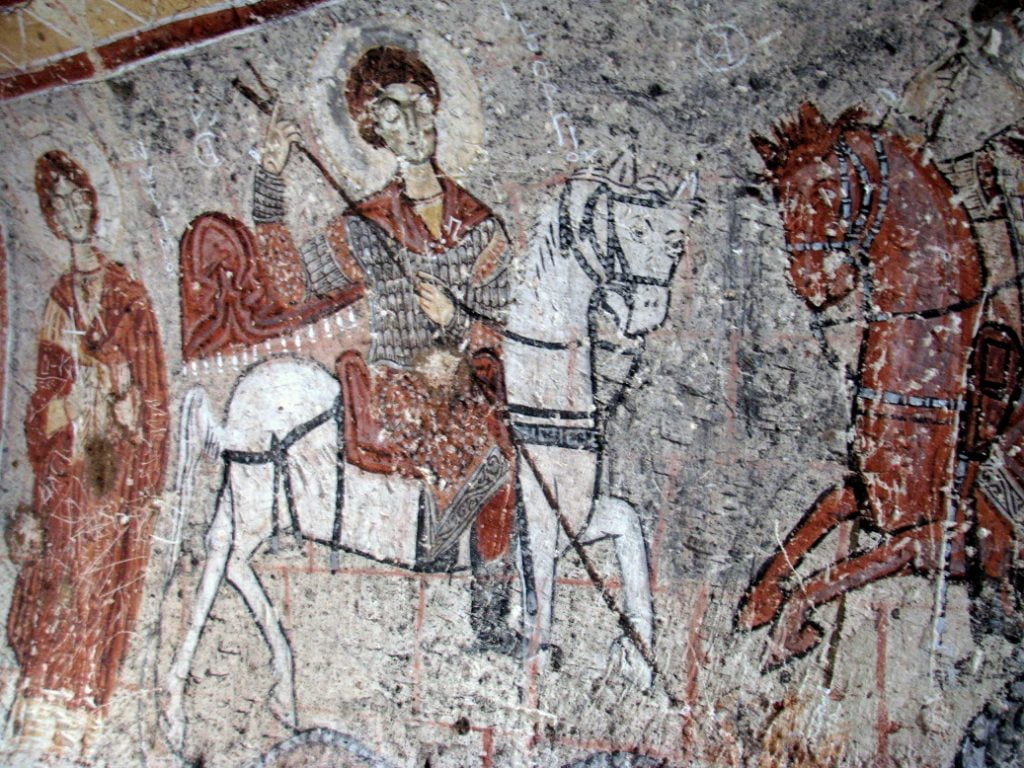 Cappadocia was the birthplace of several saints, but the most famous among them is Saint George from the second half of the 3rd century. He was the son of wealthy Christians and when he was 20 he served in the Roman army under Diocletian.

Roman Emperor undertook religious repression against Christians and summoned his top officers. Young George confessed his devotion to Christianity and was thrown to jail and put under constant torture. He was praying all the time and when he was forced to sacrifice his beliefs for his life, George said he was willing to die for his religion as his father did when he was a child.

The story says that George was helped by God ever since and that he did not suffer physical damage, but was cured instantly from Roman tortures, over and over again. After various miracles he performed and resurrection of the person from an ancient tomb, many were converted to Christianity, including emperor’s wife Alexandra. Still, the emperor soon beheaded George in 303 AD, while the wife died before the execution.

Known for his miracles and great deeds to help people, he was often depicted with a dragon. The legend says that the dragon threatened the people of Athaliah town who were sacrificing a girl to him each year. Saint George subjected the dragon and saved the village.

In my home country there is a tradition where every Serbian Christian Orthodox family celebrates one saint as a protector. It is passed from father to son and the celebration is called the Slava. Even though I am not that religious, I respect the tradition of my people and was sincerely thrilled to see the birthplace of Saint George – the saint my family celebrates and dedicates its Slava to. 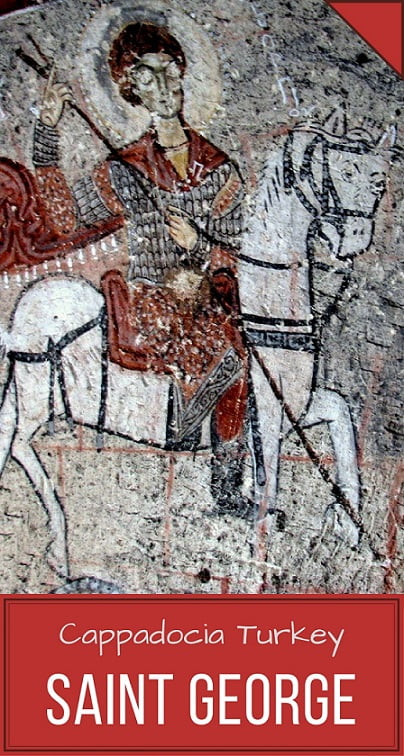 Cappadocia: JOSTLING FOR A BALLOON SEAT (17)
« Liebster Award for Glimpses!
Cappadocia: THE PLACE YOU CANNOT SEE (10) »