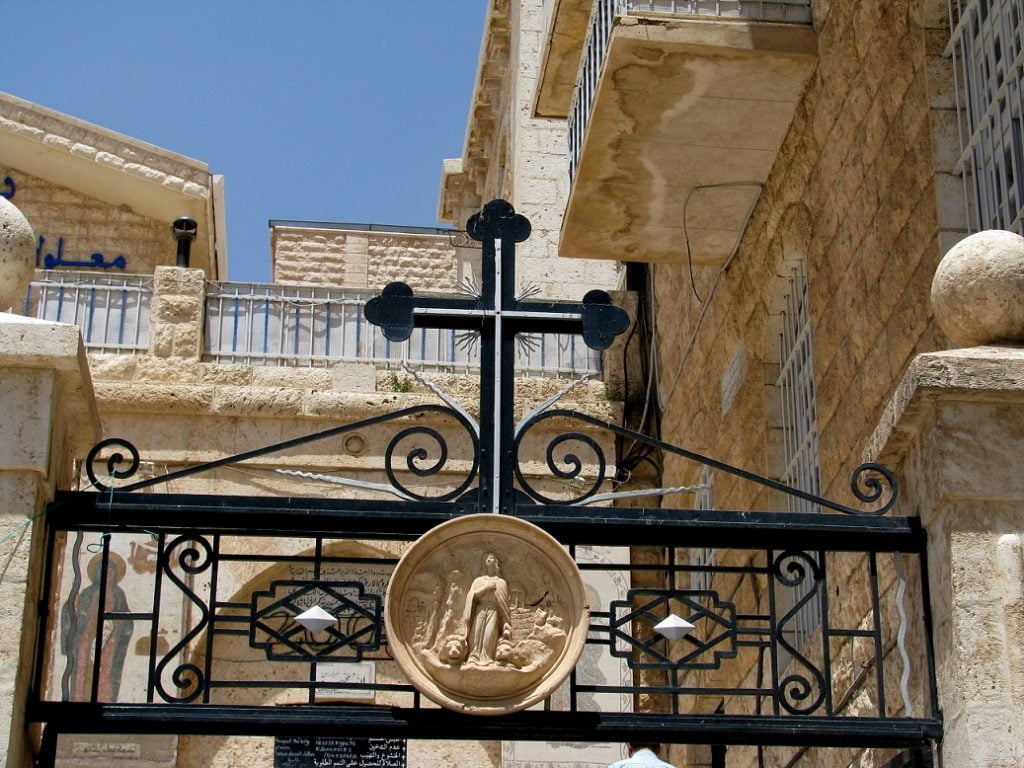 One of the places in Syria you would definitely be amazed by is 56 kilometers away from Damascus, among the rocks of the Anti-Lebanon Mountains that separates this country and, well, Lebanon.

High up in the mountains lies a small settlement by the name of Maaloula where people still speak the Syrian dialect also known as the Western Aramaic language.

This Christian village was always well known worldwide by this dialect which, believe it or not, Jesus once spoke and some books of the Old Testament were written in!

Monastery in the rock

The whole village was packed into the mountain rocks and it gradually went down. When you approach the settlement coming from the valley, there was a beautiful view of the whole Maaloula. Church bell towers were peaking among buildings and up there, at the highest rock, there was the Jesus statue, watching over the whole Christian village. Streets curved between buildings, you could feel that the small town was live and bustling, people were walking, shopping for groceries.

Building emerging from the rock

There were private houses, scattered over surrounding rocks, just as they were floating in the air.

Maaloula was also famous for housing two monasteries – dedicated to Saint Thecla, and to Saint Sergius and Bacchus. The village was tightly linked to the history of the pagan Saint Thecla converted by Saint Paul. Greek Orthodox convent is erected in the place where she was said to have found permanent refuge. According to the legend, the mountain miraculously opened, creating the narrow gorge in the upper part of the village that allowed the girl to escape from her persecutors.

Inside the Monastery of Saint Thecla

There were nuns smiling to us while we were trying to climb the stairs towards the church, which was decorated with beautiful Christian frescoes. And while standing in front of the church I have looked up towards the extraordinary sight – a part of the monastery looked as if it was emerging from the rock!

The other monastery seemed even more authentic. It was built in stone with small courtyard and authentic frescoes inside. Sergius and Bacchus were Roman officials who converted to Christianity in the late 3rd century AD.

The gate of the Greek Monastery

After you have come long way and reached the village and this monastery, the monks would have respectively invite you to come in and taste their wine.

There was a small Lebanese restaurant at the outskirts of the village with typical food and various meals where we took our lunch break. There were children on the street who were reciting couple of sentences in Western Aramaic.

Extremely likable and always smiling widely, even though you don’t understand a word.

There was another special town not that far from Maaloula, which has been constantly inhabited for five millennia, just like Damascus. The town of Hama flourished in the 2nd millennium BC when it was the capital of the Aramaic dynasty of Syro-Hittite culture. Subsequently, it was ruled by the Assyrians, the Persians and then the Macedonians. A relative decline occurred during Roman and Byzantine times, while the city’s entry into the Islamic world in 638 AD marked a new period of prosperity.

Statue of Jesus overlooking the village

One of the most interesting and best preserved monuments of the time was without doubt the Al Nuri Mosque on the right bank of Orontes river, built in 1170.

This river was actually very important to Hama since there lied the special town’s attraction alluring tourists from around right there, to the river. Those were the giant wooden water wheels, also known as the norias, used until not so long ago to draw and distribute water from Orontes to the city.

One of the famous norias

They were still put to use for several months a year at the time I visited, but with the sole purpose of maintaining the traditional image of the city since Orontes waters subsided over time so much that the wheels cannot even reach its surface at some spots.

They say that it was quite a sight when norias began to spin because they emitted a specific sound, creaking and squeaking, that was hard to forget. There were still 16 of them in 2008, half the number that once existed and almost all of them date back to the Middle Ages.

When it comes to the town itself, besides those monuments that give a special atmosphere to the place, there was a smell of stale water in the air that was hard to miss. It made it a bit hard to breath, even more so considering those 30 degrees Celsius outside in May.

Inspecting eyes of an Arab woman

There were a lot of people on the streets, like in any other Syrian town I have visited that year, but the traffic seemed unendurable with everyone seemingly going the way they chose, along with honking to everybody and everything. Although, it did not seem to have any impact on those who walked by, at least not on Arab people.

There were boys sitting on few boxes on the stairs nearby. The way they smiled showing you all their white teeth you would assume they were the happiest in the world. People selling all kinds of goods on the streets lining them up on the floor, another shoeshine boy at another corner, covered women looking at you with their beautiful eyes like you have just landed from another planet or so.

What a confusing and interesting atmosphere! 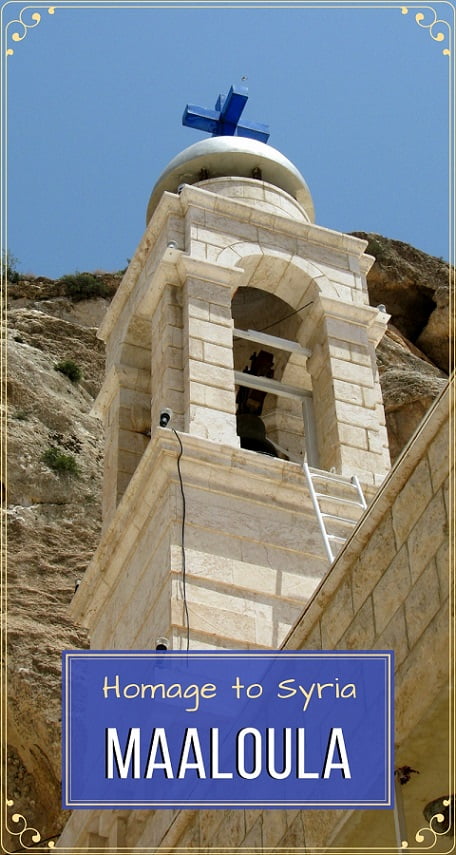 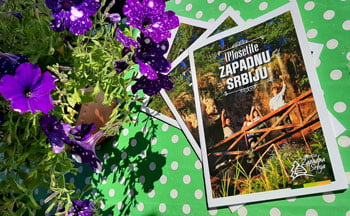