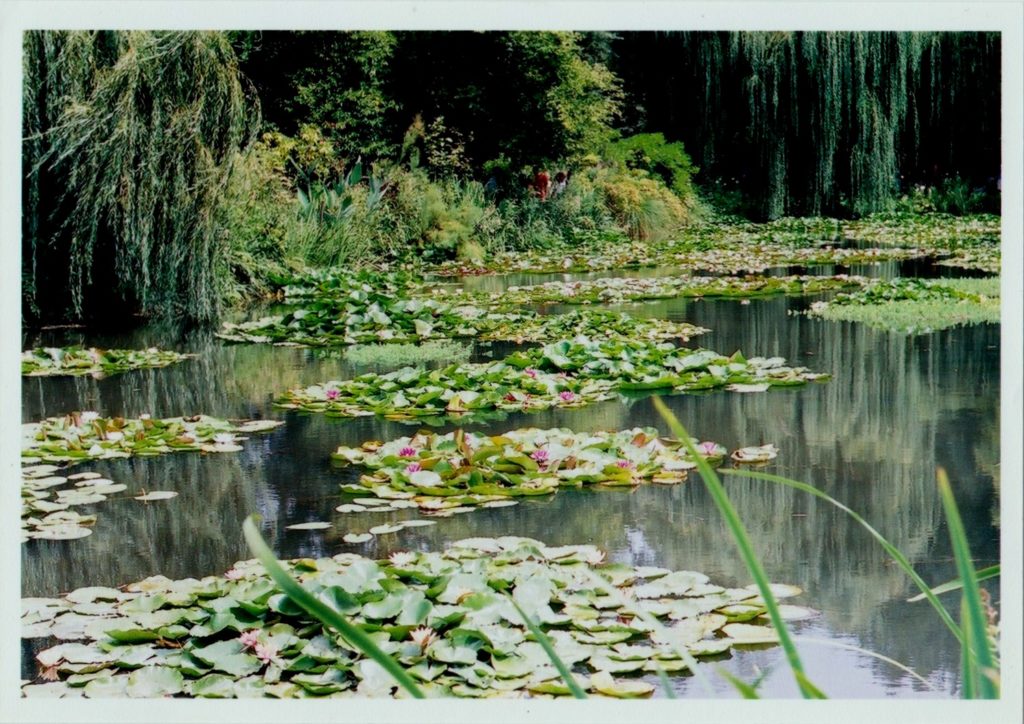 Normandy, French province in the North, full of greenery, flowers, good cheese and wine, white cows with black spots, but it also houses few towns not to be missed when in the region. 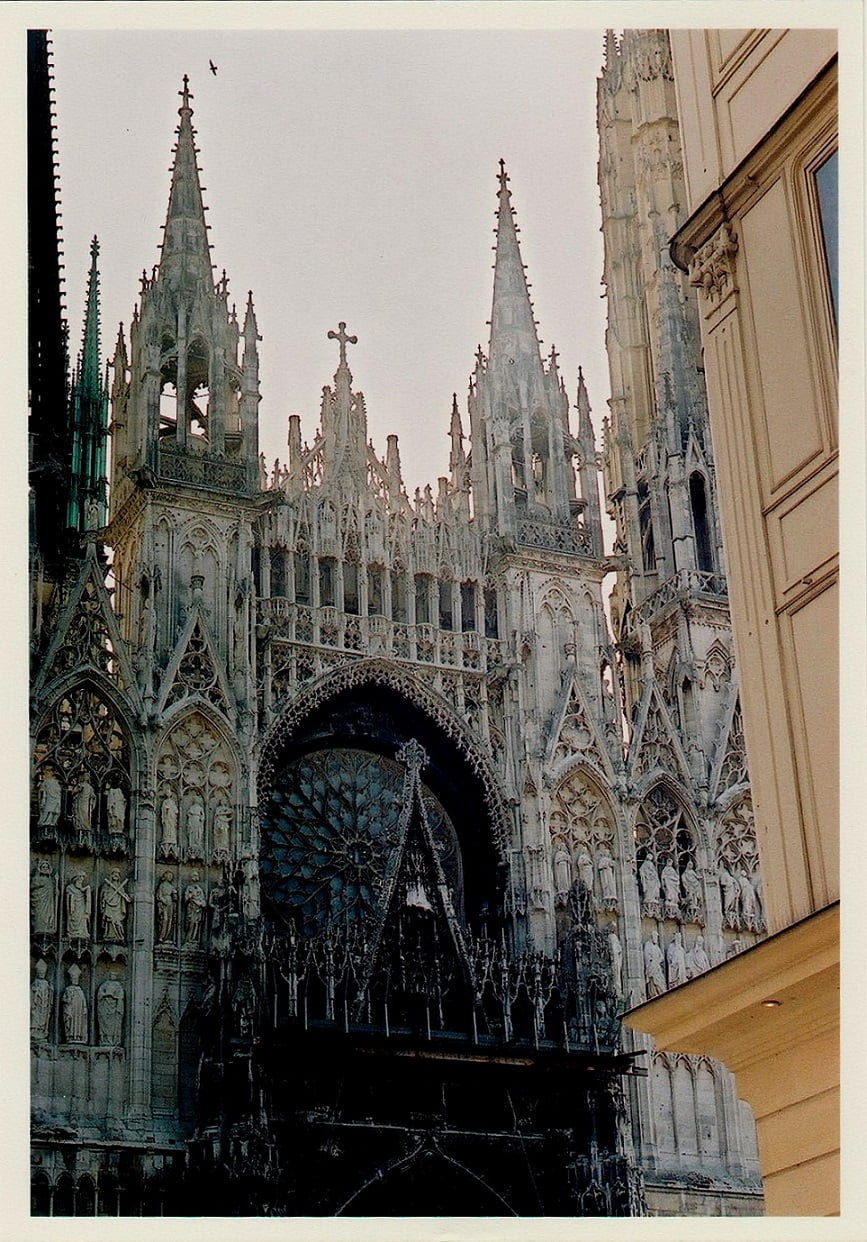 It is a two-hour train trip from Paris and you will get into town that became well known as the place where Joan of Arc was executed in 1431.

But, this is also very charming place with narrow cobblestone streets, dominated by the Cathedrale de Notre-Dame, famously painted by father of French Impressionists Claude Monet over and over again.

You have guessed it, that was the reason I went to – Rouen!

The 12th century Rouen Cathedral was imposing, it took me a while to go around and admire the facade decorations. Wasn’t able to take one picture the whole structure would fit into, so I have just shot details from various angles. The building was breathtaking. 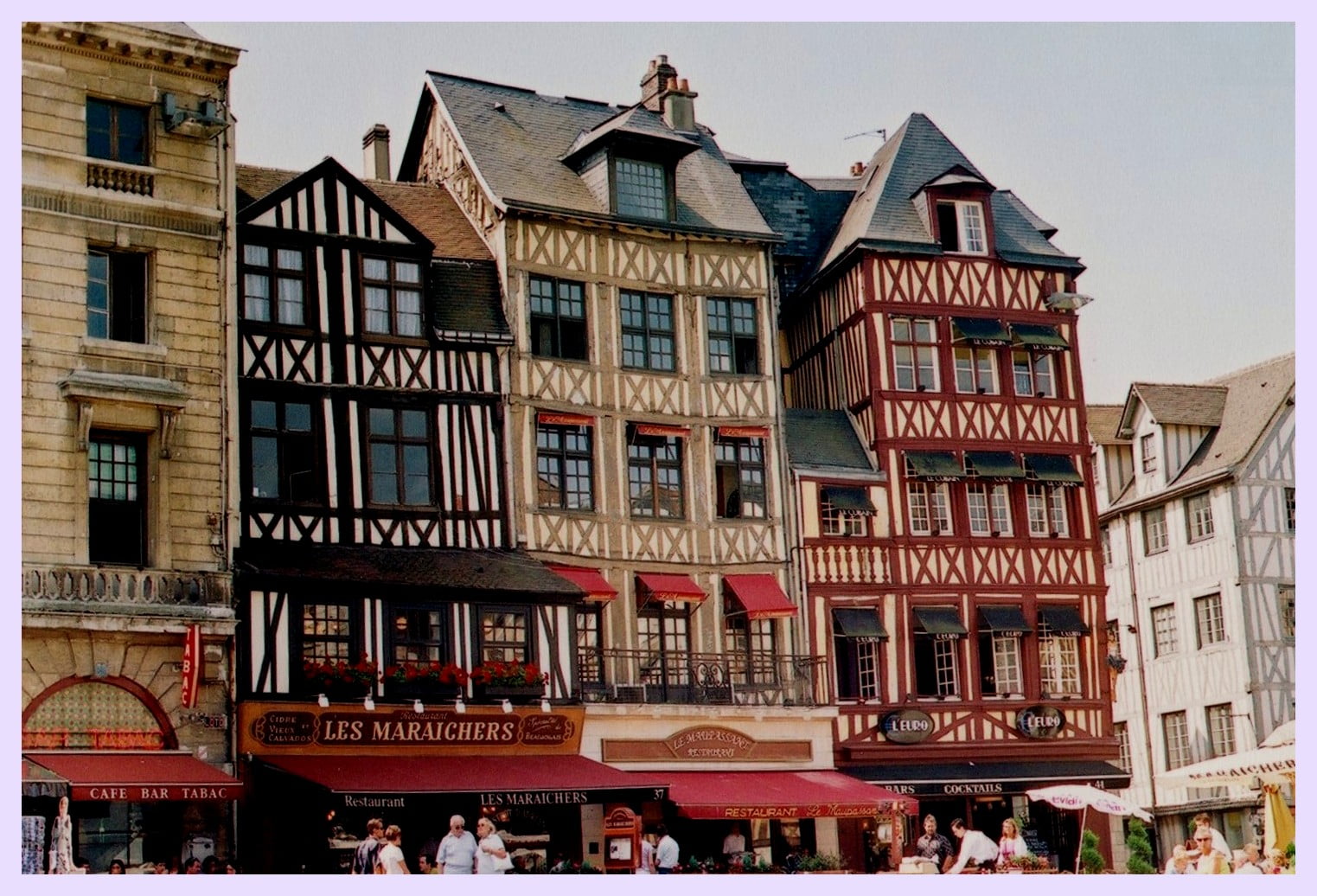 And I wasn’t that surprised that Monet was so blown away by the place. He was actually impressed by the reflection of light on the Cathedral’s facade surface and how it changed during the day or during different seasons. Painting it over and over again during 1890’s, trying to catch that moment the light hasn’t changed yet, Monet had created the 30 canvas series that became one famous work for the whole Impressionism. 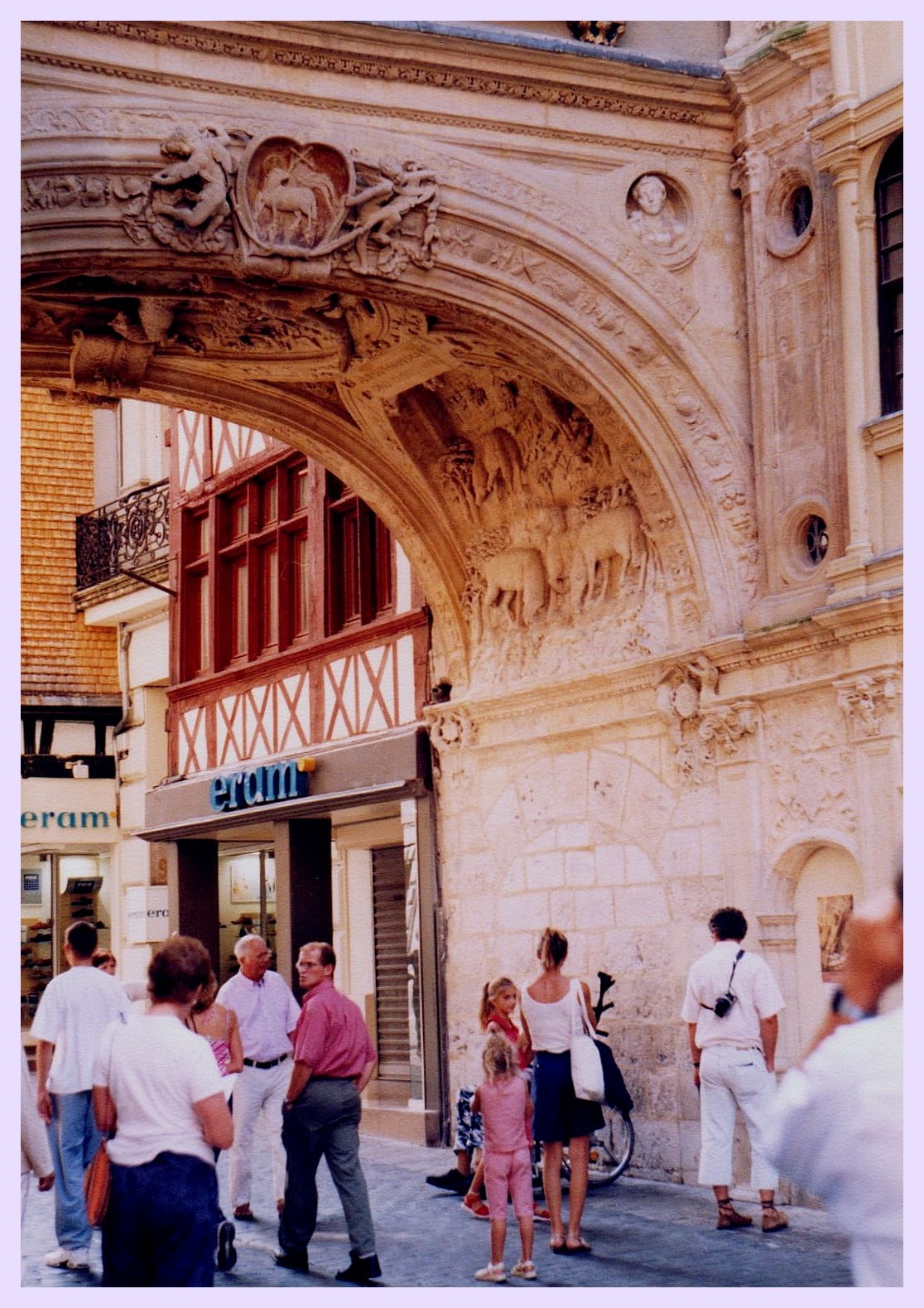 Strolling the streets of this small French town

So, my route was as such – firstly, I went to the Orsay Museum in Paris, home to few Monet’s paintings of the Rouen Cathedral, and then took the train to the town itself to see the church with my own eyes. You expect to see something imposing and impressive after such Monet’s presentation, and let me tell you – you will not be disappointed when you see the building in person!

I was rushing around, staring, trying to remember as many details as I could! There were a lot of tourists there, even though it was terribly hot (as I have mentioned in the previous Glimpse, it was the 2003 heat wave the whole of Europe was hit by), but it was still charming, given the atmosphere of the town itself with local shops and cafes, terraces decorated in wrought iron and flowers, street lanterns. There is one nice pedestrian part that stretches from the square with the cross where Joan of Arc was executed, all the way to the Cathedral. Just take a walk, and enjoy the view!

Half way from Paris to Rouen, there is a small town of Vernon. Right next to the railway station, there is a bus stop, and 15 minutes and few Euros later, you will reach the famous Giverny town. 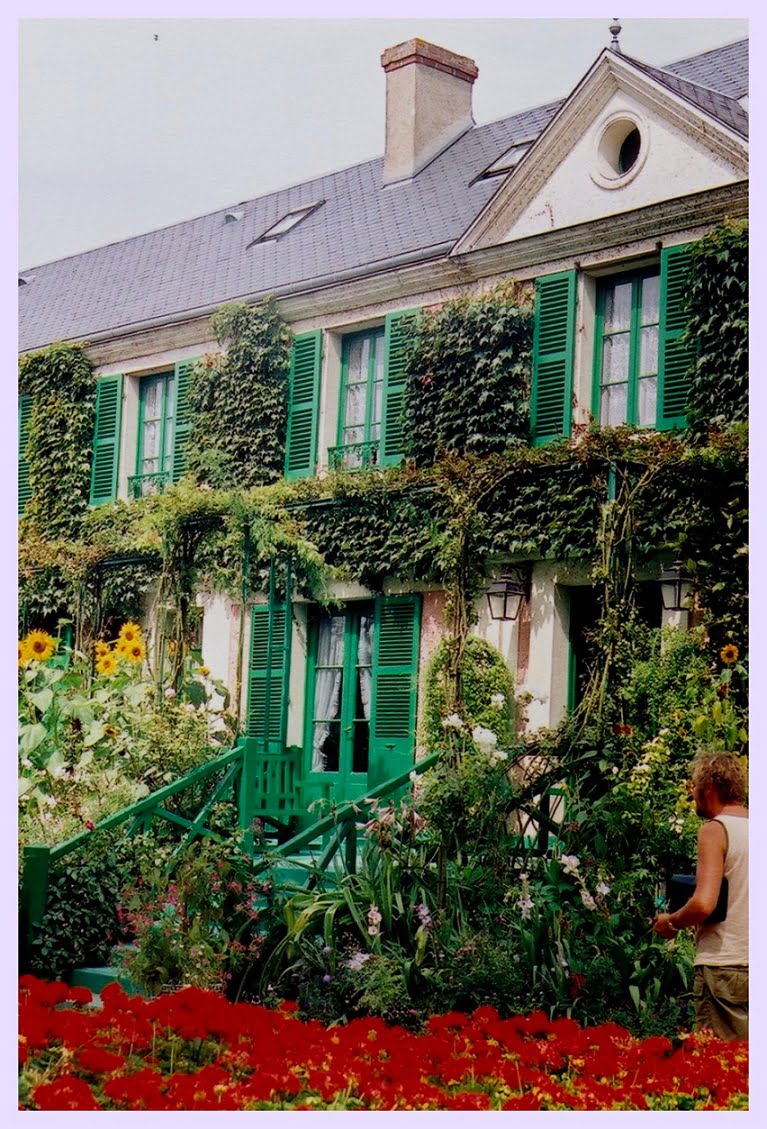 Nice settlement with small houses seemingly all green, given that parks and green areas were so beautifully looked after. Why Giverny, you wonder? Oh well, this is the place where Claude Monet himself had a house and where the famous “Water Lilies” paintings came to life.

Charming little French town on the bank of a river. But what a treasure it holds!

Along the small street towards the Monet’s house you will find people selling local cider. Nice little entree into the artist’s home. They say that Monet had one glimpse of the house and immediately fell in love with it, deciding to live there. Since his wife has died of tuberculosis, he has decided to buy a house and move there with their kids. 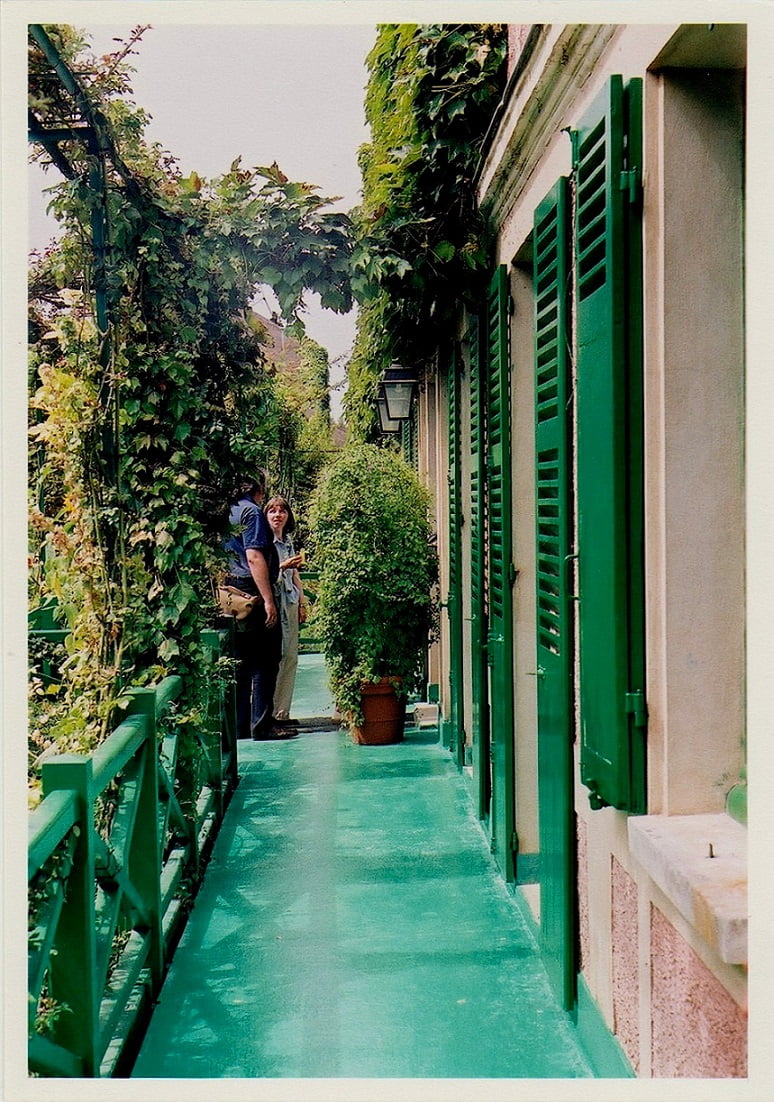 Green front of the house

All his plans were implemented and thus the beautiful garden appeared with walking areas, dense trees, ponds. He even redirected a part of the river to go through his land, making one lovely water garden. Being passionate about flowers, Monet ordered many species from various parts of the world to be delivered to his garden and so, no matter what the season was, there were always some plants to bloom and flourish.

This is where you will come across weeping willows, lush vegetation, but also the famous water lilies! Monet himself once said, they say, that he felt he was actually preparing throughout his whole life for painting those water lilies.

(And I remember when friends gave me the “Water Lilies” poster for my birthday during my Faculty years – when I was still taking French lessons and reading about the 19th century French artists like obsessed – that I have then decided to see them in person one day, right there in Monet’s garden!) 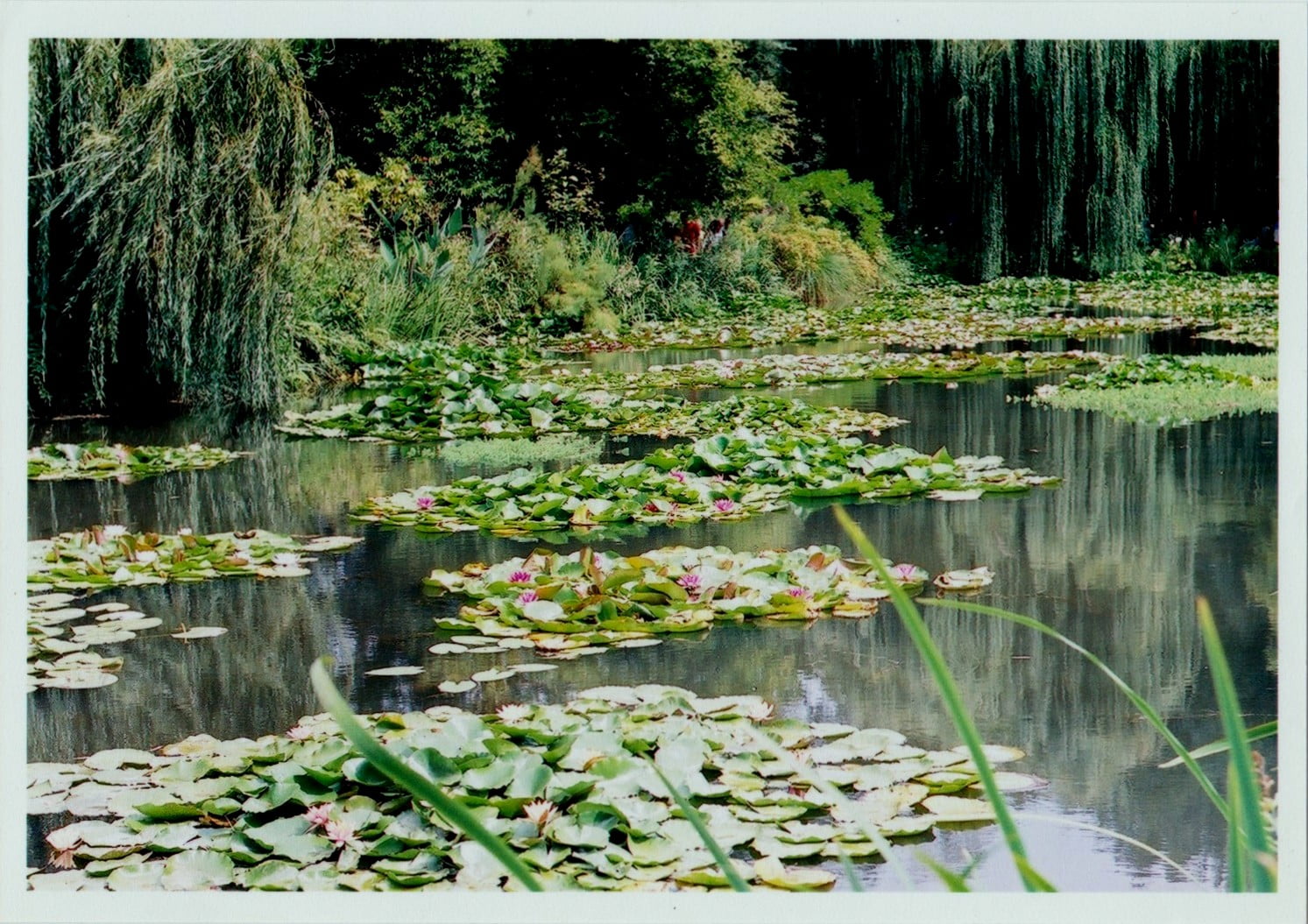 I have seen few paintings at the Musee d’Orsey in Paris and now there they were, the genuine water lilies, right before me!

Monet’s house and the garden are turned into the museum you can visit for about 10 Euros. Walking through premises you will notice how charming the house is, it gives the impression as if somebody still lives there, in this nicely decorated, original and stylish home. 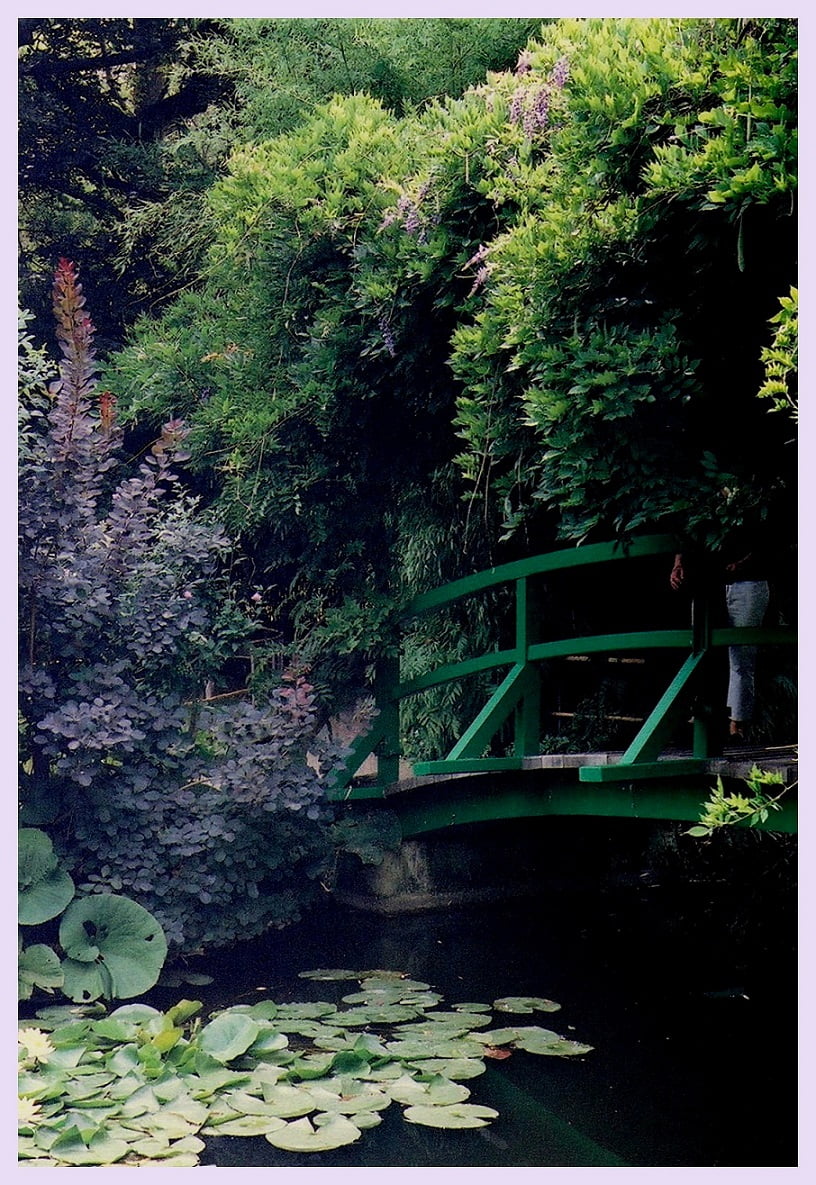 Japanese Bridge in the Garden

There is a dinning area with big table, dominated by yellow decorations, that was famous for soirees Monet has organized for his fellow painters.

Just imagine one of those evenings where Monet was a host welcoming Paul Cezanne, Pierre-Auguste Renoir, Camille Pissarro and other iconic French artists, serving them wine in the dinning room or taking a long walk with them through the garden, discussing art! They were also stepping over that green Japanese Bridge and observing sun rays dancing upon weeping willow branches on the pond surface. Such a vibrant place, so many colors, and such a genuine Monet’s legacy!

There is also the Museum of American Art in Giverny, since painters from across the Ocean were thrilled by Monet’s work and have been coming here to learn from the grand master. They stayed at one charming hotel, the genuine small legacy of the 19th century way of life (with delicious French salads, I might add!). 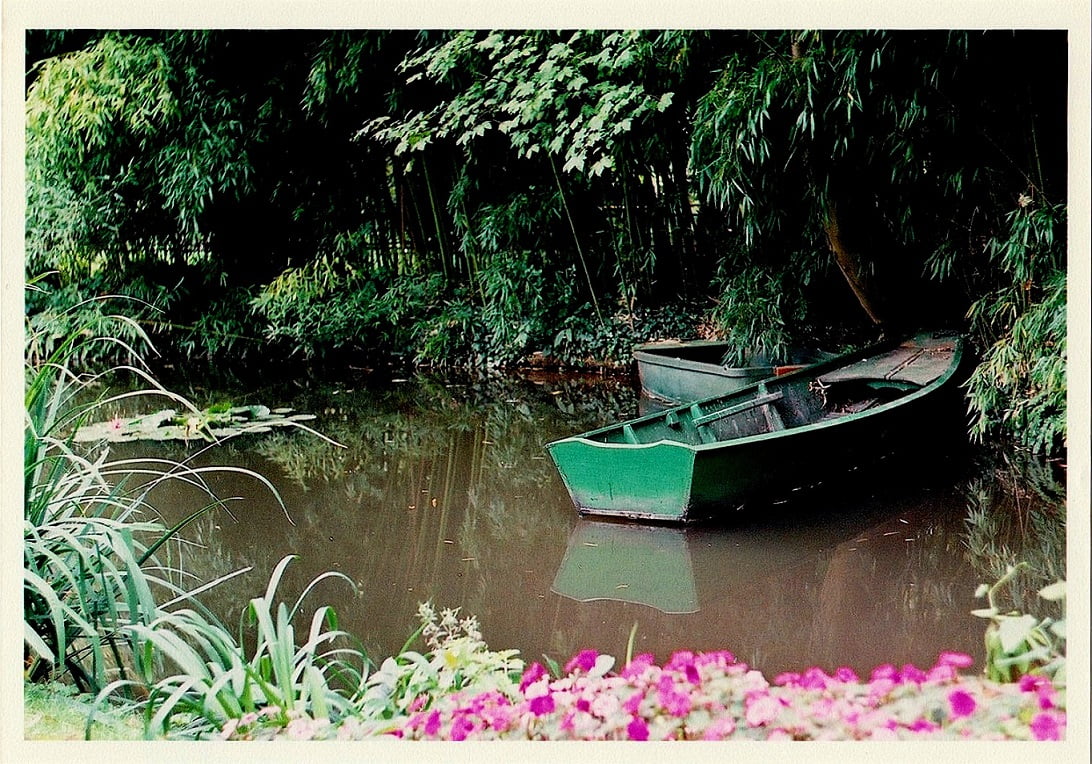 “Sitting with a full stomach at one of the hotel tables decorated in wreath iron, under the huge yellow parasol, sipping another small cider, you will enjoy the view of the vintage cars in such variety of colors. The Impressionism spirit is still so alive in this town. Look there, a nice little gallery wrapped in dense vegetation. And one living and breathing Impressionist selling his work, welcoming visitors to his own garden. Such a picturesque scene!”, I wrote back in 2003.