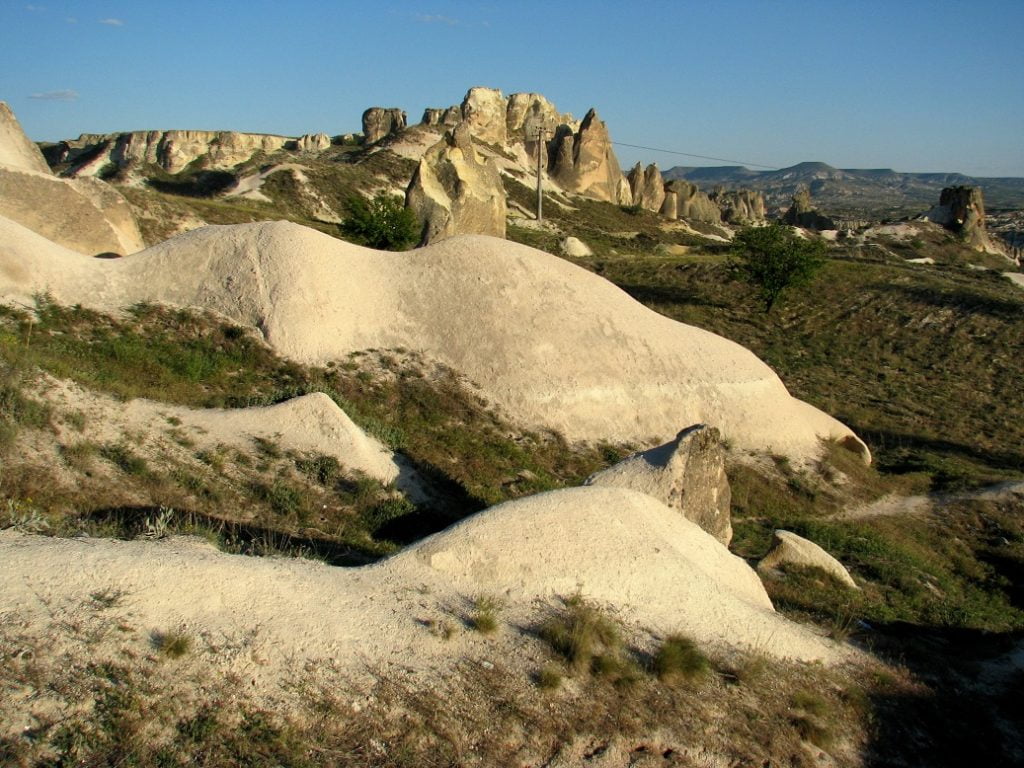 Surprisingly it didn’t take too long to get to Cappadocia from that last stop of ours – the huge caravanserai, but nevertheless we were driving for too long. After all, the bus jounced along for hours through Taurus Mountains and it seemed like all of my internal organs just shifted places!

While our guide was giving general information about Cappadocia, I was trying to text a friend. Soon, on both sides of the road vast region of those charming fairy chimneys appeared, leaving me with my mouth open.

„Millions of years ago, lava from the volcanoes of Erciyes to the east and Hasan to the west covered the region to form what is now known as Cappadocia. The history of Cappadocia begins with the arrival of man after the lava had cooled more than 10,000 years ago“, the guide said.

I was astonished, left my text half written but still holding the phone, looking outside. Those natural chimneys were surreal, more beautiful than in any photo I have seen before I took this trip. There, there is that huge camel – rock formation resembling a camel, to welcome us to the region. We passed through few settlements… Tried to finish my text saying so far: „Can you imagine that after so many hours of jouncing and shaking, we’ve finally got to…“

Saw one road sign with the name of the settlement we were in – „Nigde“. In Turkish, that „g“ has an accent and should be a silent one, but with all the letters, in my language, Serbian, „nigde“ means „nowhere“!

So I’ve just finished my text: „Can you imagine that after so many hours of jouncing and shaking, we’ve finally got to NOWHERE!“

Next: LAND OF BEAUTIFUL HORSES (8) 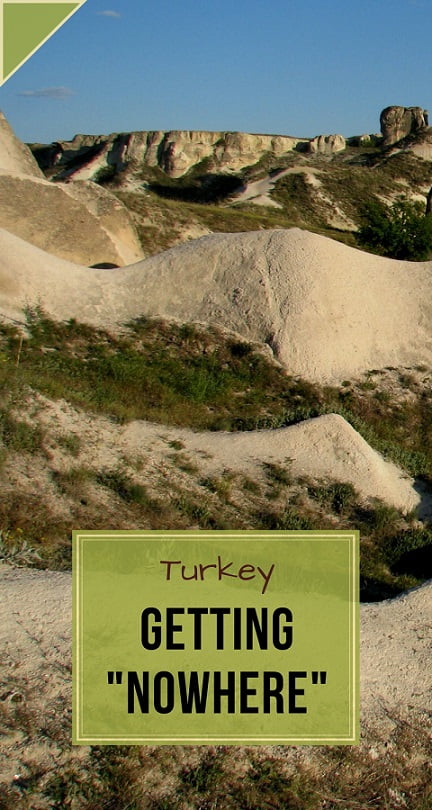