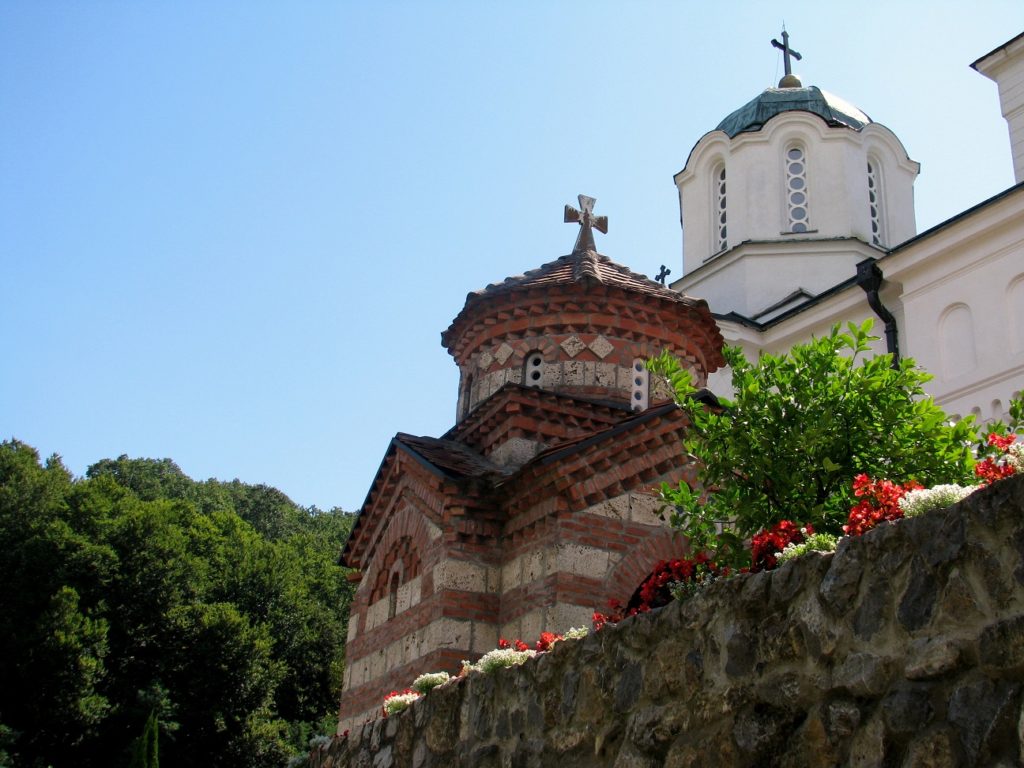 „Through the richest land, forming part of the ancient banat of Matchva, which was in the earlier periods of Servian and Hungarian history so often a source of conflict and contention, we approached distant grey hills, which gradually rose from the horizon, and, losing their indistinctness, revealed a chain so charmingly accidented, that I quickened my pace, as if about to enter a fairy region“, Andrew Archibald Paton wrote about his trip from Shabac towards small town of Loznica – British diplomat who traveled through Serbia in the mid 19th century and wrote a book about it. We are following in his footsteps.

Peaceful ponds in the middle of the forest

Well, he didn’t take the highway nor did he go south to Krupanj town, but he rather cut through lush forests and fields on the back of his horse.

Since our French „horse“ with less than 100 horse powers was not able to go into thick forests, we went south following the road. Attempted to drive out of Shabac town twice, the second time being successful… We turned right, but stopped to ask for directions the guy who was washing his „horse“ by the road. Following his guidance we ended up at the same intersection where we were supposed to turn left. Or something like that, it was even a bit funny.

But then you see fields, dense forest, small villages similar to one-another. Gentle hills give you such a view that you just wish to drive on and on, towards maybe even nicer one that awaits in the distance. The woman in Shabac was right, there were signs everywhere and the road is decent.

Kaona Monastery dates back to the 14th century

Soon, we were turning left towards Kaona Monastery. First part of the road – macadam, but later on up the hill – narrow asphalt lane. You will come across two wooden crosses on the way, although it does not say that you are actually on the road to Kaona. On the top of the hill – intersection, luckily there were workers carrying some construction across the road, wondering where we came from „at this hour“. So, we were told to turn right „as soon as we go down“. Couple of lush trees’ groups on each side, the road curves up and down, and finally a wide field appears. And there it was, the famous Kaona Monastery!

„Such a good horse I’ve seen“

The Monastery was founded in the 14th century and was believed to be erected by Ikonia, Milos Obilic’s sister. (Obilic was legendary Serbian hero who fought bravely in Kosovo Battle in 1389. He killed Turkish sultan on the battlefield, sacrificing his own life.)

The story goes like this: Milosh’s sisters Ikonija and Vida followed him to Kosovo. When they reached „a wide flat field“, Ikonia went to fetch some water and said to Milosh on her way back:

Tranquility of the Monastery area

„My brother, such a good horse I’ve seen, there should be a saddle on it.“

Among rural Serbs of the time a good horse was reference to a place, beautiful and becoming of a church (a saddle).

„The wealth we have, my sister, so make him a saddle. When I return from Kosovo, I’ll help accordingly“, Milosh replied.

Milosh Obilic did not come back from the Kosovo Battle. But, Ikonia did erect the church at the spot.

After a while we were going back to Andrew Archibald Paton’s track thinking that the British diplomat did miss a lot on his 19th century journey through Serbia, since he was not shown this hidden treasure. Down the hill, we turned right towards the town of Krupanj, following the road to Loznica. The town Paton went to through the forest. 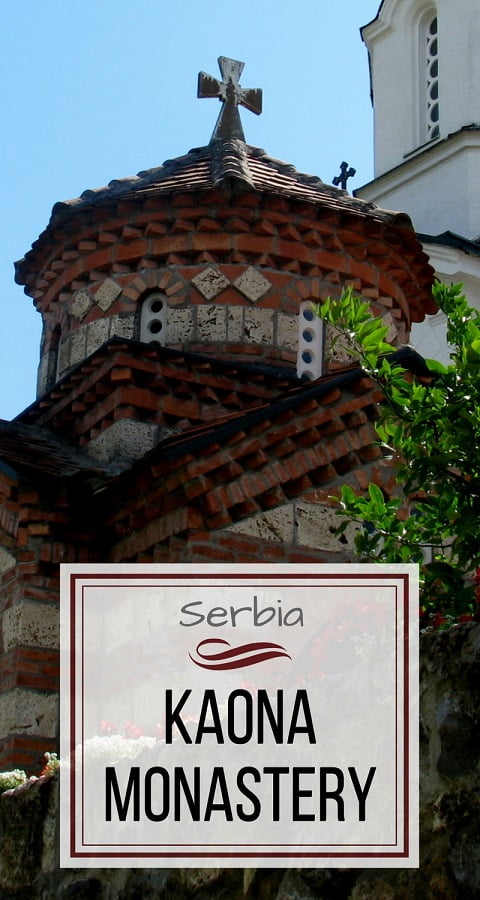 This is the view of one of the most luxirious hote

When it's cold outside it's easy to remember the w

This beautiful view of Cadiz Spain is from the Tor

Just try and find me in the midst of the colorful

A throwback on this cloudy day - to a Greek summer

You get used to carpet shops in Turkey if you spen

Cloudy mornings these days made me realize how muc

The Buddhist temple in Chinatown Singapore is noth