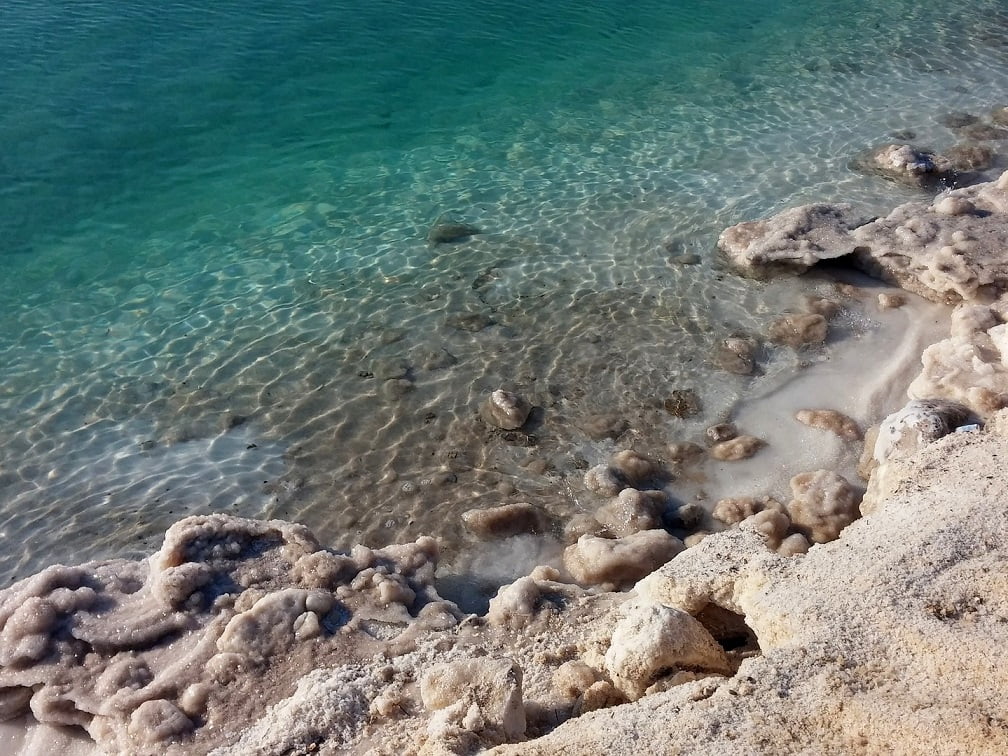 There are few more locations that are drawing visitors to this Middle Eastern country, besides Petra. One of them is the Dead Sea. This unique sea stretches between Israel and Jordan. 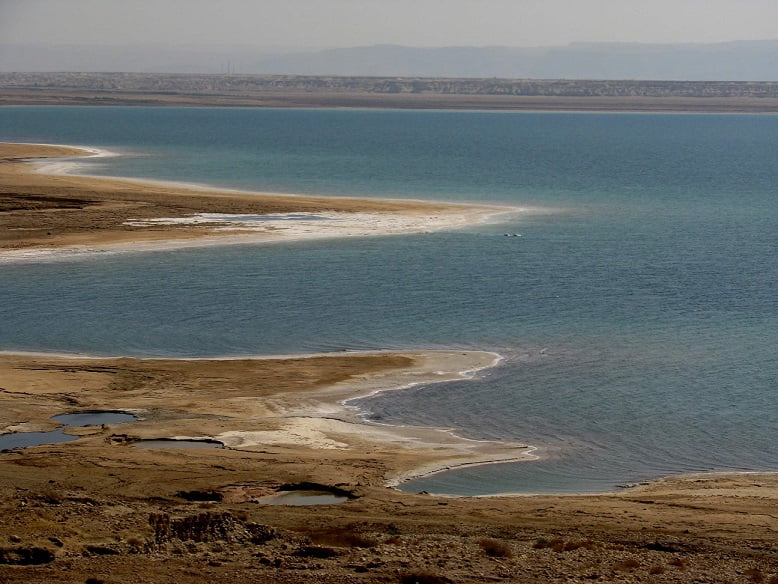 Hotels and spa centers are rising up on its shores since the sea mud has so many health and beauty benefits. There are many cosmetic products to choose from here, either for facial treatments or the skin in general. You will be recommended to try some masks and lotions that have detoxifying and therapeutic effects. They say that the Dead Sea mud is rich in minerals that can help with skin disorders. 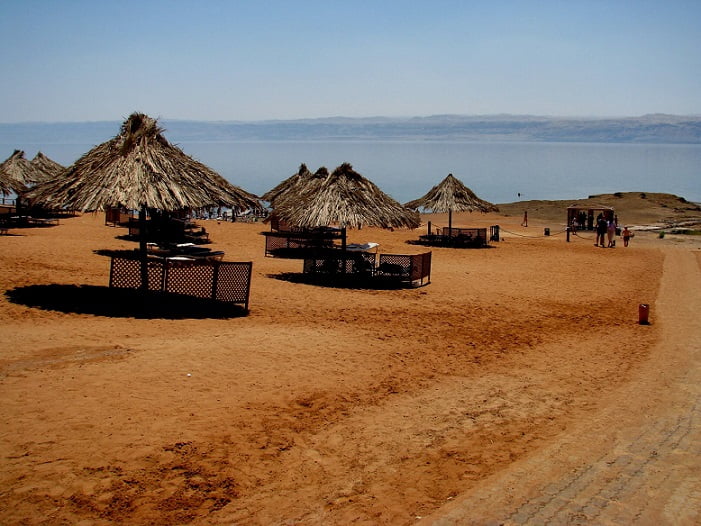 So, don’t be surprised when you stumble across a specific scenery here. There will be a lot of tourists who tirelessly smudge themselves with mud, then sit in the sun for a while and when they cannot take the heat any longer, they plunge into the sea and just stay there – floating. 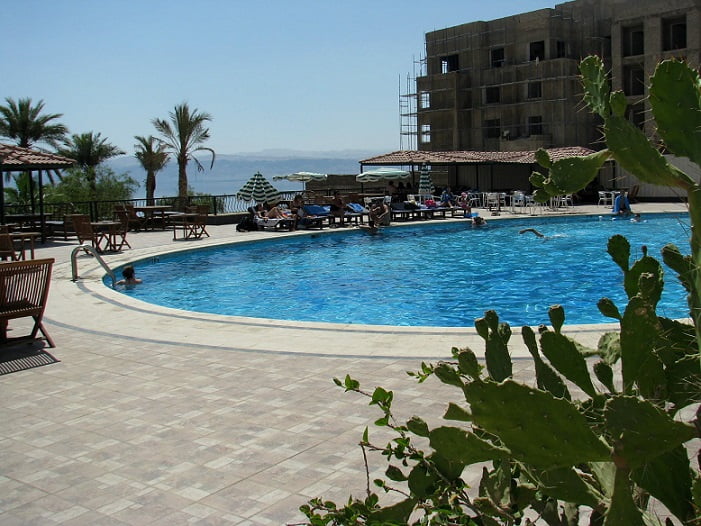 Swimming pool in one of the hotels

As for all those things you might have heard regarding swimming in the Dead Sea – it’s true! It’s a bit tricky to get in, because your legs are falling deep into that (therapeutic) mud, so the best option is to jump right in. There’s no way to sink anyway. It’s due to the level of salt (and the Dead Sea is the saltest in the world!), that you actually feel like a buoy! Once you are in, don’t even bother to try to straighten up or to reach the bottom, because the water is pushing you up all the time. It’s almost impossible for breaststroke swimming, since your legs and your behind will just be pushed back to the surface with every move you make. All you can actually do is to lay back and pretend to be a buoy! It’s useless to wiggle. One more thing – try to keep that water out of your eyes or you might end up crying for a few minutes. 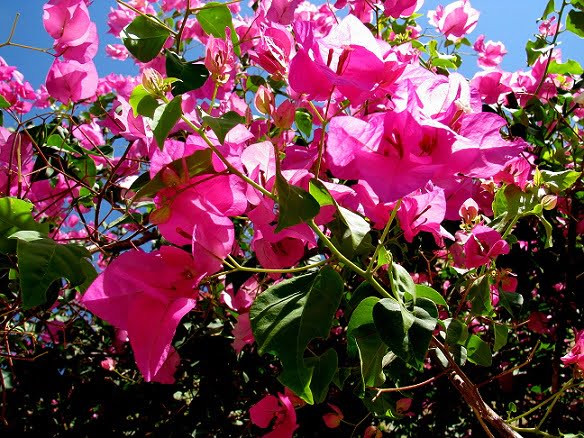 I should probably mention that before we have reached the Dead Sea, I have heard a lot of those stories on how the sea „burns like hell“, how they „wouldn’t advise you to go in“, „too much salt, who knows“ etc. Forget about that! If it wasn’t healthy, people wouldn’t come here for health treatments. The only „burning“ sensation you might feel would be if you have scratched your skin or have few mosquitoes bites. And believe me, that floating feeling is hard to beat. Where else would you totally lose control over your body and limbs to something which also has health properties! And wouldn’t it be a huge pity to come all the way to the Dead Sea in the Middle East, one of a kind in the whole world, and not to plunge in?! 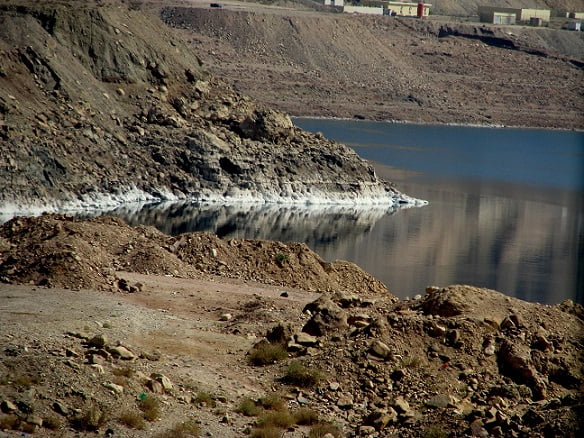 White edge of the rocks

Dead Sea is actually a Middle Eastern lake, but it was always referred to as a sea. It’s so salty that there is no life here. There are only few bacteria that can survive these conditions. It is nine times more salty than any other sea in the world. Dead Sea stretches for 70 kilometers in length while it is less than 20 kilometers wide and 300 meters deep. The River Jordan flows into this sea.

It’s famous for being at the bottom of a natural depression that reaches almost 400 meters below the sea level! 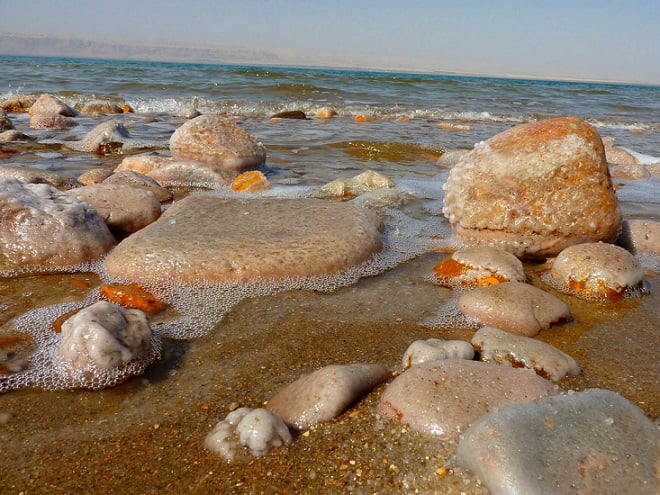 The saltiest sea in the world*

I remember reading few Israeli government warnings that the Dead Sea was loosing its water level rapidly and that it’s almost 1,2 meters lower every year. This happens due to the water consumption by both countries from the Sea of Galilee and the River Jordan. They are actually redirecting 90 percent of the river. Eco organizations have been stating for more than a decade that the Dead Sea would totally disappear in 50 years if Israel and Jordan don’t change their policy. 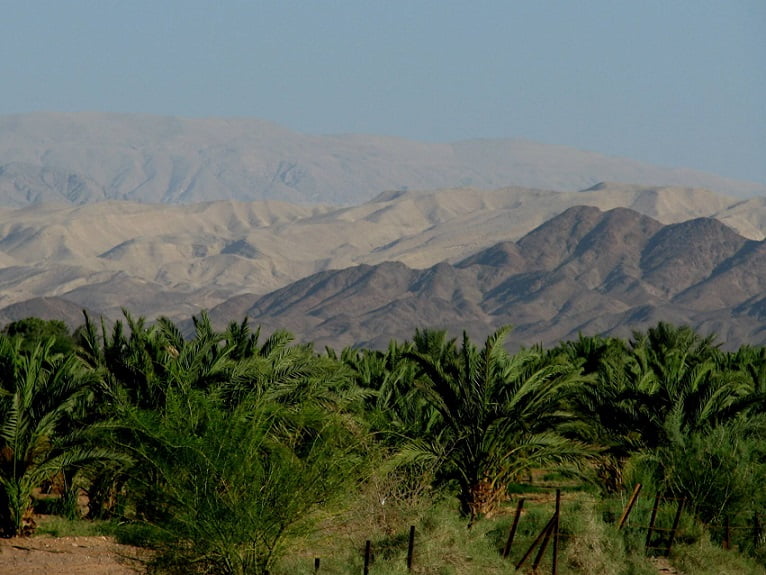 As mere tourists we cannot change the situation, but we can at least speak about it. Because, once you get to the Dead Sea it becomes really hard to believe that this might disappear. 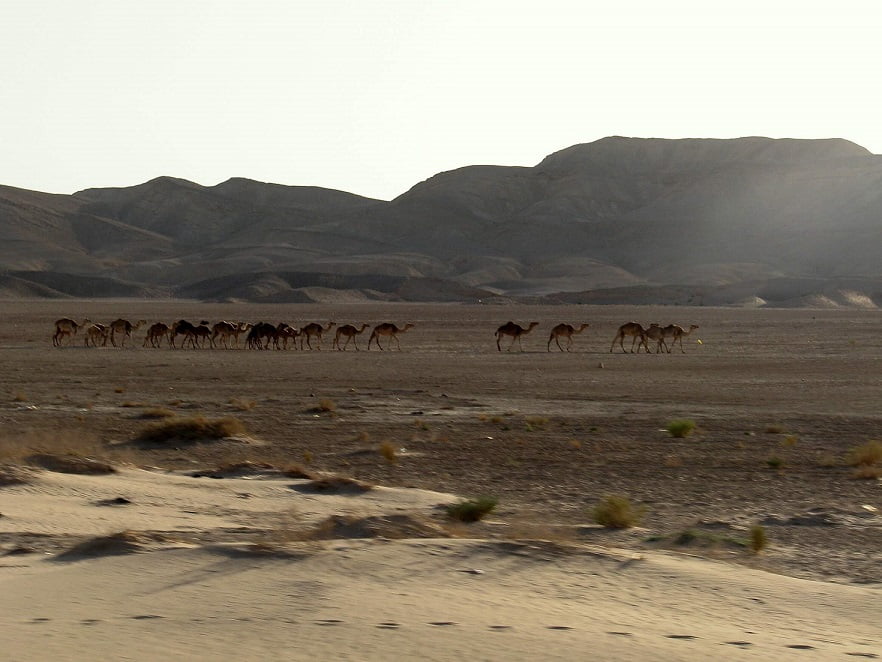 Camels marching in the desert

Going away from the Dead Sea, you will be amazed by so many white crystals that cover the shore. There is a nice mist above the sea and another shore in the distance, the Israeli one. 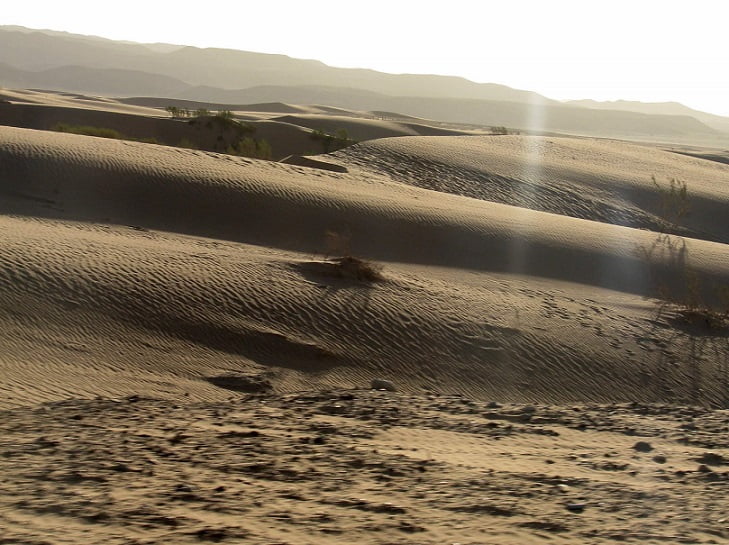 Dry land along the way

Speaking of water and looking out of your window on the way to the Gulf of Aqaba, it’s easy to see that Jordan is full of dry land. The country even imports water from its neighbors. The landscape outside is thus pretty spectacular for someone coming from Europe. 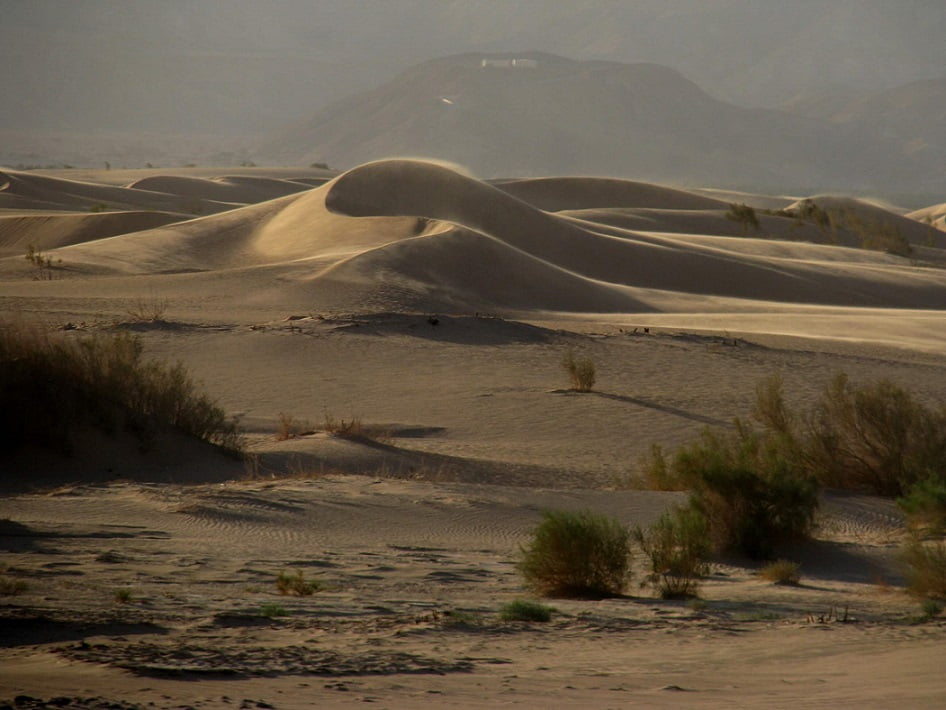 The sand was still yellowish

There are only mountain range peeks and a desert to be seen along the road. The color of the mountain rocks goes from yellow to black. I was going from one side of the bus to the other to admire the view. And then you spot few animals in the wild – a herd of camels marching by through the sand and over these small yellow dunes. 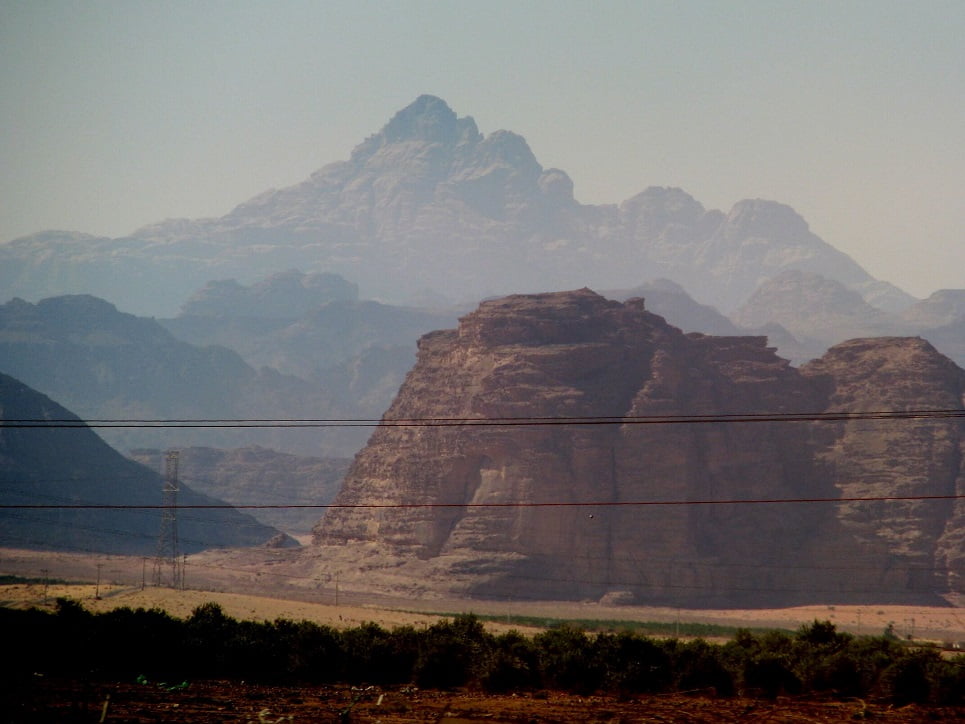 Wadi Rum area from the road

There is another natural phenomenon not far from Petra we have already visited. This is the famous Wadi Rum area with beautiful rocks peeking out of the bright or dark rose-colored sand. The fact that made Wadi Rum well known is actually the movie about Lawrence of Arabia that was filmed here. This desert is also know as the Desert of The Moon or the Red Planet. 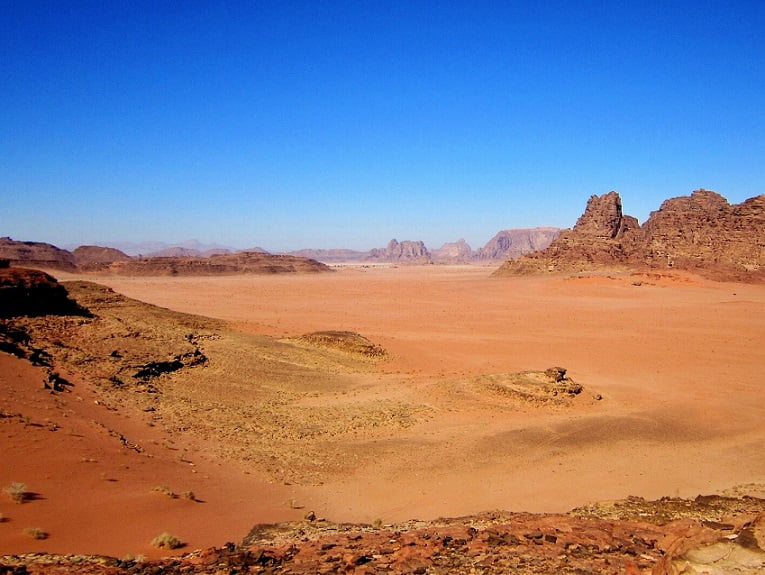 The Red Planet, as they call it*

What’s interesting about it is the special composition of the rock itself that makes all the electronic equipment go crazy. Once you enter the valley your mobile phone will stop working. They say that even planes avoid to fly over Wadi Rum because their instruments just go wild. 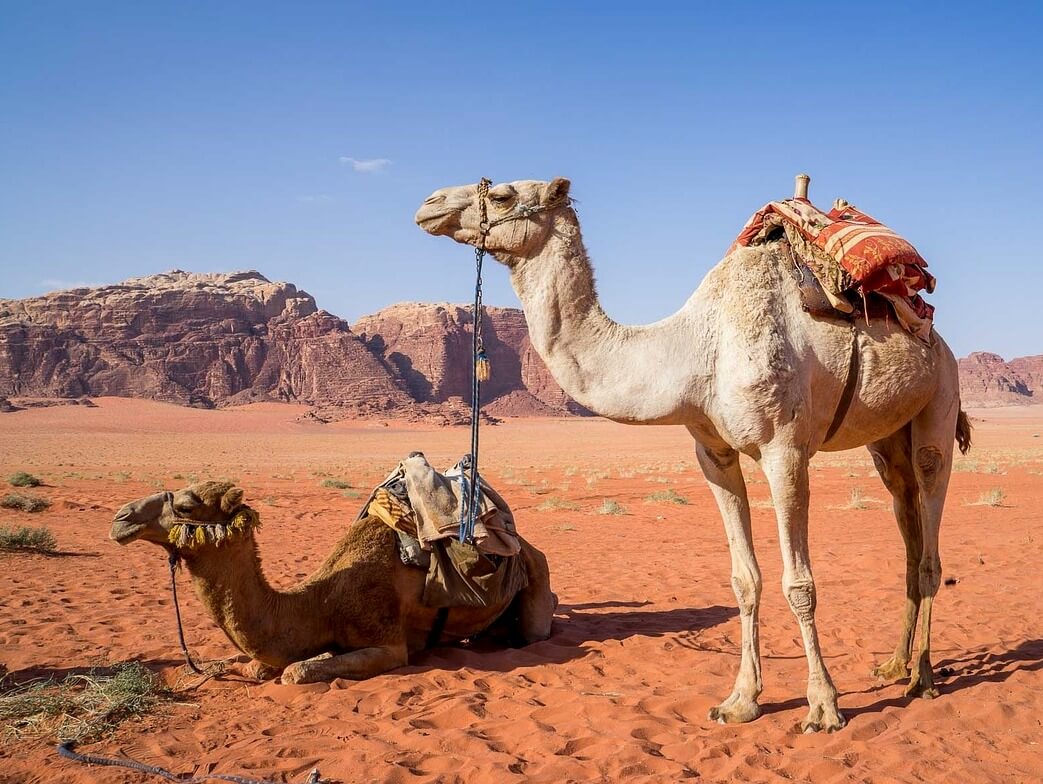 Anyway, if you are into sleeping in the desert, under the most beautiful starry night sky, you should book yourself a night at the Bedouin camp. And then wait for the sunrise – another breath taking view! 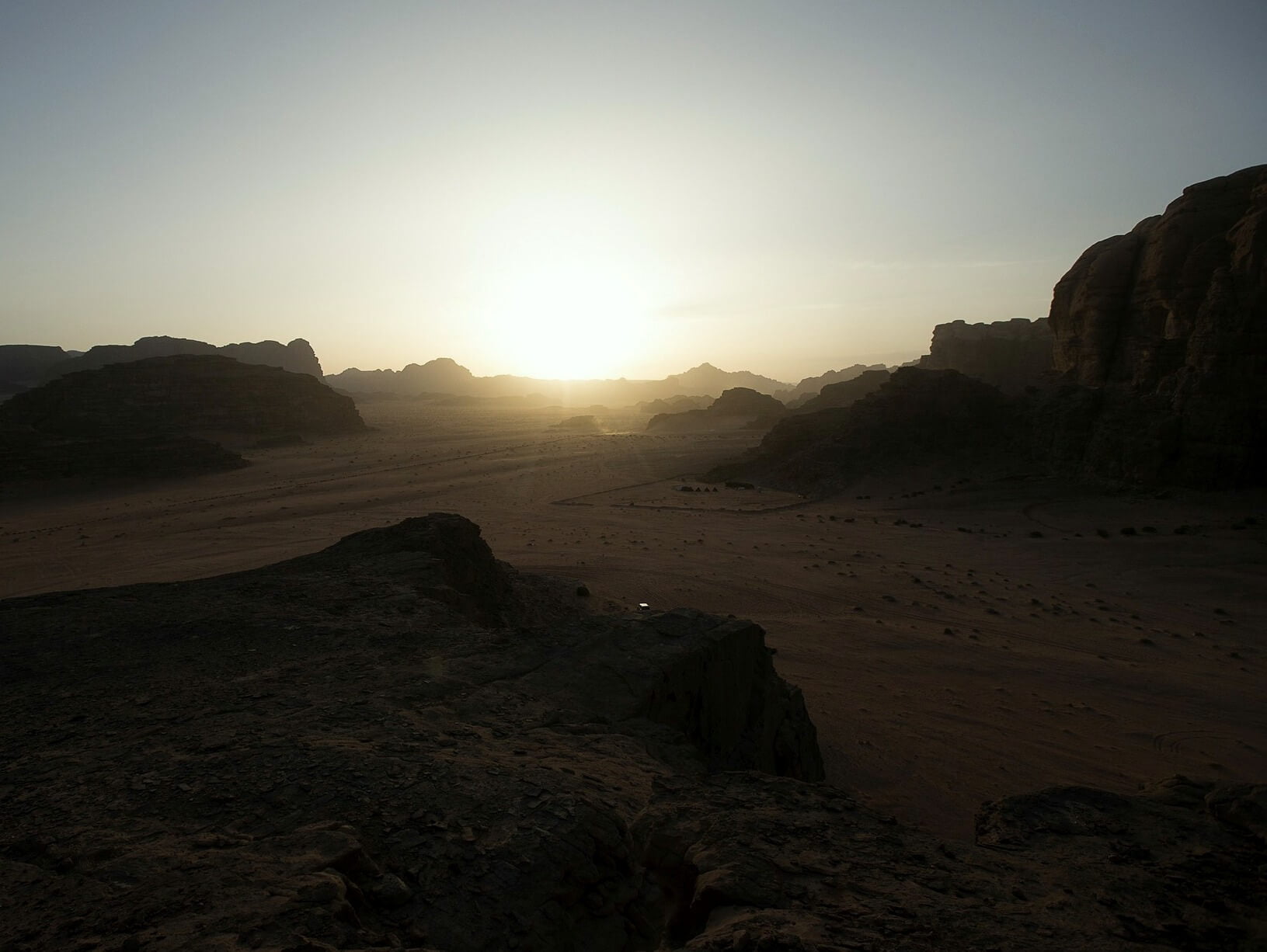 Breath taking sunrise in the desert*

On your way through Jordan you will notice few authentic Bedouin tents in the desert. They are long with typical colors and they seem to pop up on small hills not very far from the road. They say that the tent costs about 15,000 Euros. So, Bedouins are considered to be wealthy, they are usually into cattle and pretty famous for breeding horses. Totally adapted to the desert conditions, they tend to live well with their families. 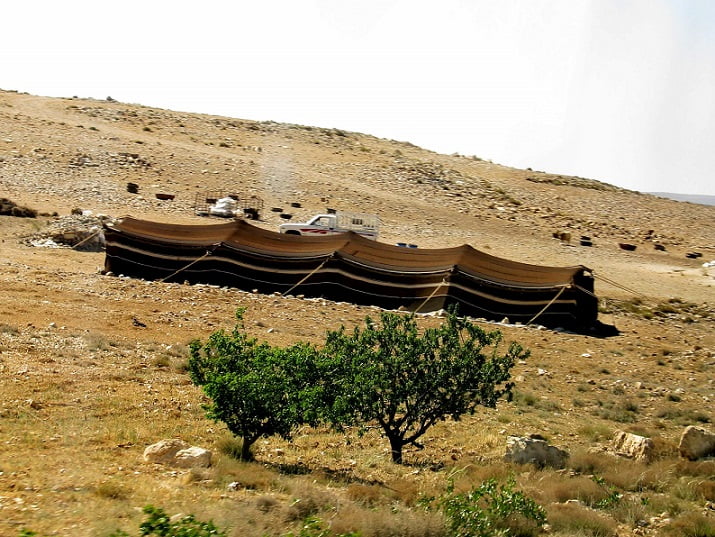 Bedouin tent by the road

There is one story I found extremely interesting. I was told about a Bedouin man who bought a big house in the capital Amman. He has put a lot of money and work into creating a great home for his family. And, in the vast, nicely settled courtyard of the house, the man has put up – his Bedouin tent, where he continued to sleep! 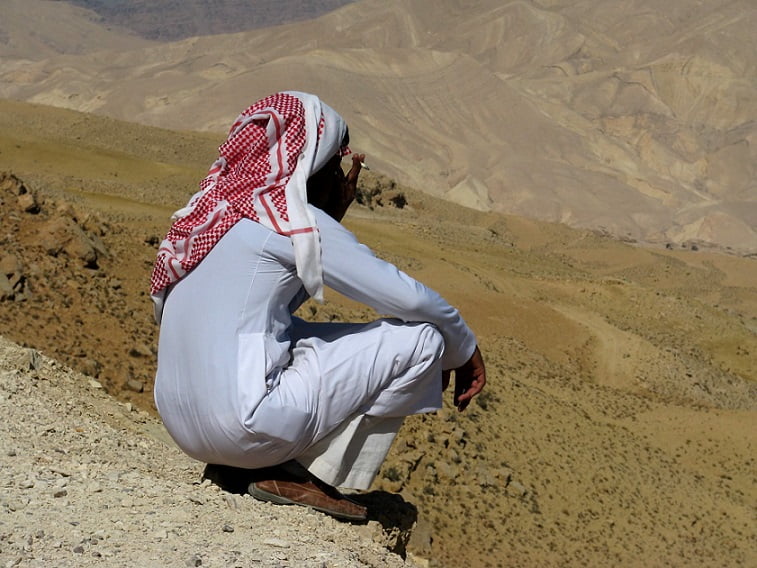 After so many stories about Bedouins, I wasn’t at all surprised to hear about the Bedouin law that is still valid here. Although Jordan is considered to be a modern Arab country with state laws like anywhere else in the world, there are still those traditional rules, respected for being honorable and fair, that are still extremely strong. The state often allows punishments ruled out according to this „alternative“ law.

Next: MOUNT NEBO AND JORDAN RIVER (5) 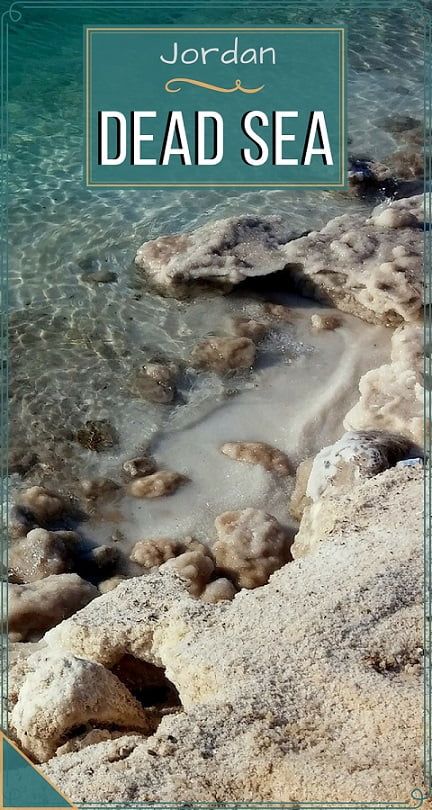