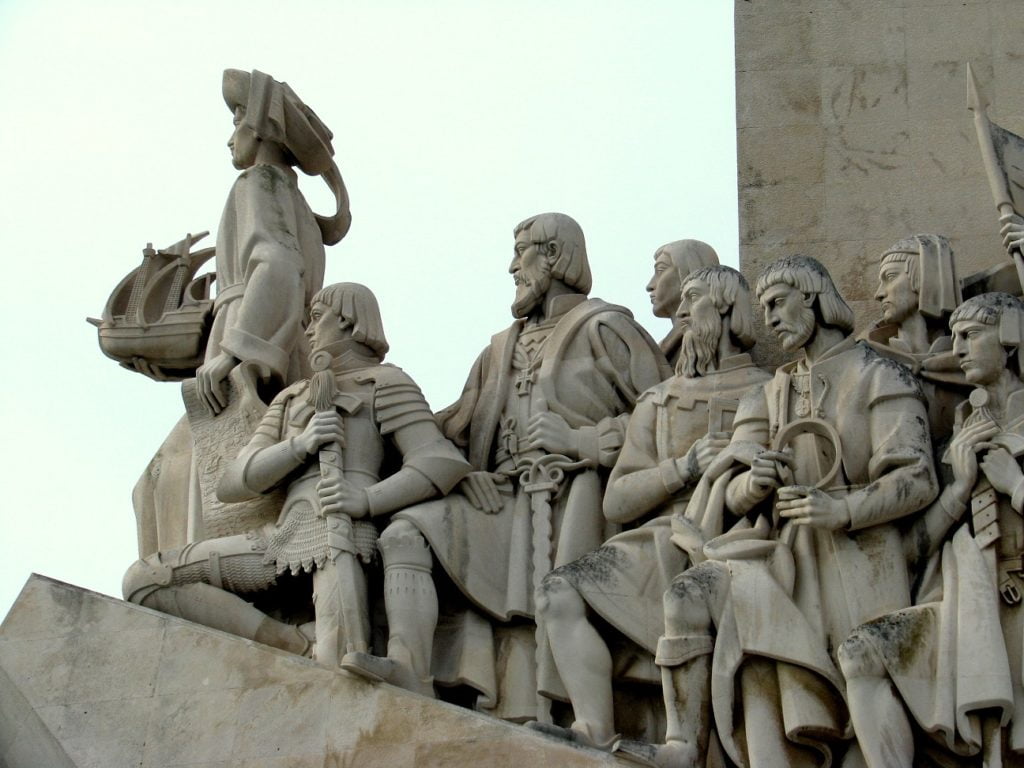 One of the things I was excited about when planning to come to Lisbon was the history of discoveries. Famous explorers took off to the unknown seas and lands, some of them starting their journeys from Portugal and Spain.

Liked the mural depicting explorers from Lisbon’s metro station so much that I still cherish the photo dearly.

I loved Travels of Marco Polo, the book Christopher Columbus and Ferdinand Magellan took with them to their travels towards Americas (or India), couple of centuries after this Venetian merchant came from Asia. Magellan was actually Portuguese by the name of Farnao de Magalhaes, but changed his name since taking the first trip around the Globe in history, in the 16th century, under the Spanish flag.

One more explorer whose name is written in history of the world is Vasco da Gama, the one whom Lisbon payed its homage to. He was the one to make Portugal flourish and become rich since his journey around Africa was successful – he was the first European to find the way to reach India by sea at the end of the 15th century. This was the first person to sail directly from Europe to India in 1497.

Inside the Monastery where Da Gama is buried

At the time King Manuel took the throne, and the country revived its mission to find that direct route. By then, Portugal had established itself as one of the most powerful maritime countries in Europe. Much of that was due to Henry the Navigator’s efforts to bring together a team of knowledgeable mapmakers, geographers and navigators in the southern region of the country. He dispatched ships to explore the western coast of Africa to expand trade influence of Portugal.

Bartolomeu Dias discovered the southern tip of Africa and rounded the Cape of Good Hope in 1487. And so, in 1497 Da Gama was sent by king Manuel to find the route to India. He captained a team of four vessels, including his flagship, the 200-ton St Gabriel.

This was the first time for Da Gama and his men even to hear about Hindu religion, since their false information said that India was inhabited – by Christians.

Even though Da Gama could not make significant trade agreements on behalf of Portugal, this journey was the breakthrough. His second trip to India in 1502 included 20 ships and they actually terrorized Muslim ports up and down African east cost, even killing people returning from Mecca.

Discoveries’ Monument on the bank of Tagus

This way, Da Gama forced foreign rulers to do business with Portugal, which resulted in great death toll on one side, but wealth and power on the other since the country became exclusive trader of spices from the East to Europe. Da Gama was later appointed as Portuguese viceroy in India.

Tomb in the Monastery

One of the most famous landmarks in Lisbon is the building of the monastery, Mosterio dos Jeronimos, in Praca do Imperio. Classic work of Manueline architecture, huge, astonishing monument. It was built during the first half of the 16th century at the request of king Manuel the First with some of the treasures brought by Da Gama.

Decorated terrace of the Tower

It is characterized by the use of elements inspired by sailing such as cables, anchors and spheres, and by the recreation of some ornamental aspects and even architectural solutions of Oriental origin.

The monastery was built on the former site of a church dedicated to sailors.

They say that Vasco da Gama prayed here the night before starting his historic crossing to India.

There are sculptures at the monastery of king Manuel the First and his wife, but also that of Henry the Navigator.

Between these fine walls are tombs of Da Gama, poet Luis de Camoes and various Portuguese monarchs. In one wing of the monastery there are National Archeology Museum and the Naval Museum, in the other – Calouste Gulbenkian Planetarium.

On the banks of the river Tagus there is the homage of the city to all the Portuguese citizens who took part in the maritime expeditions of the 15th and the 16th century.

Tower of Vasco da Gama in the Park of Nations

This is the Monument To The Discoveries, stone ship’s prow 52 meters high. It shows the figure of the prince, crowned by the entourage of 21 characters related to the Descobrimentos (Discoveries).

Also, there is the Bethlehem Tower (Torre de Belem), the most emblematic monument of the city. The small fortress was build between 1515 and 1521 at the peak of the Manueline era and was controlling the entrance of the city. Spanish later used it as a prison.

In modern part of the city Park of Nations (Parque das Nacoes), besides great pavilions, Oceanarium etc, there is a huge Vasco da Gama shopping center. The best view of the whole complex is from the cable car or from the Vasco da Gama Tower (100 meters high) shaped as a sail. There is also modern Oriente railway station and the bridge that has a total of 16 kilometers in length, 13 of which run over the waters of Tagus. And the name of the bridge? Well, Vasco da Gama, of course! 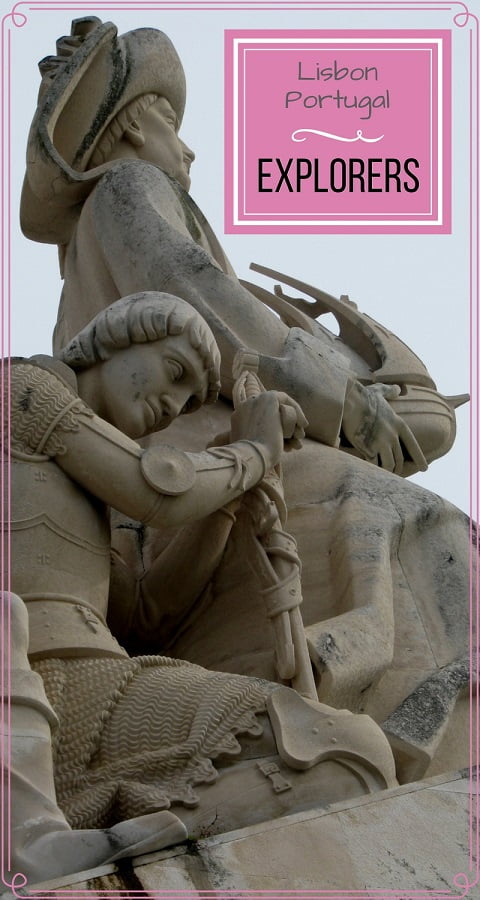