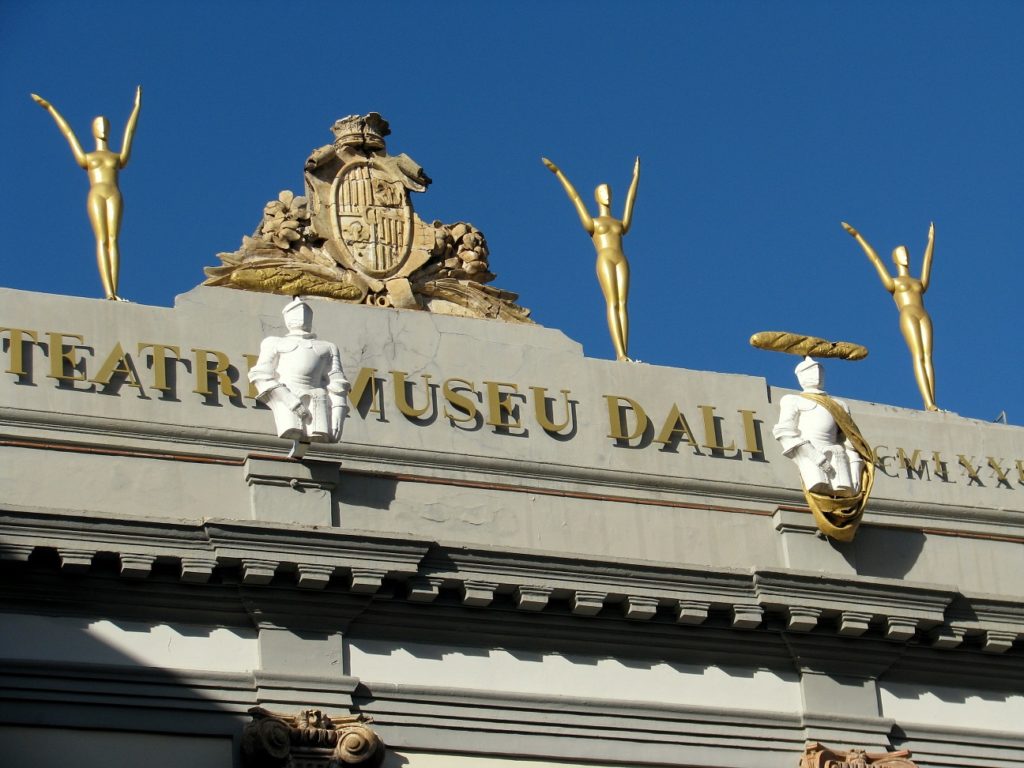 Another beautiful morning. Late November, but sunny, around 17 degrees, just perfect for an excursion out of the city. And what an excursion that is going to be!

When ever thinking about traveling to Barcelona, I always reminded myself that I would have to take an extra day to escape the city into a village not that far. Now I was there! So, asked around – it was possible to go by train, it would take couple of hours to get there. Got up early being determined to have the whole day for browsing around and took off to – Figueres, Spain!

Why Figueres? Well, because the only so called “theatre-museum” I know of is located there, and whose legacy is it? Salvador Dali’s, of course! Who else would have such insane but brilliant idea to turn the walls of once burnt Municipal Theater into his own museum. And he has created a masterpiece!

Dali was born in Figueres and died here. He wanted to rebuilt the structure overlooking the church he was baptized in. Dali even lived here, next to the old Theater itself, until the end of his life. These walls were the ones that hosted his first exhibition. So, it’s like every brick and stone just screams “Dali”. He was asked couple of times to donate one of his pieces to his home town, but he always replied that he would do more than that – he would leave all of his work to Figueres, within his Dali Theatre Museum.

And so, took the train, feeling so excited, glanced outside the window and then back to pages of my book about Dali. Rushed out at the station and found this small town really charming.

Interesting sculpture at the small square

There was the street sculpture at the small square reminding visitors they have come into Dali’s town. Walked up the street, passing by colorful small buildings, took couple of photos. After all, I have enough time, will be spending the whole day here.

Walked by few cafes. Not that many people, quiet little town, it seems that there were more tourists than the actual inhabitants. And they got used to seeing curious wanderers carrying books about Salvador Dali and looking around, trying to locate the famous Museum. Couple of them just smiled at me, pointing up. They knew!

Huge eggs and a Cadillac

One more corner and there was the courtyard. It says Dali Theatre Museum above the entrance, with strange sculptures and their arms lifted up.

There is Torre Galatea building next to it, with huge sculpture of eggs displayed among thin statues. In the center, the famous cupola, where his crypt is. Dali wanted a space that would be mysterious for visitors, full of enigma. And he succeeded in doing so – right from the outdoor terraces to the last step!

There is central courtyard, garden in the open dominated by the vertical installation with the imposing Cadillac, the sculpture of The Queen Esther, the Trajan’s Column made of tires, Gala’s Boat… Dali said it was the biggest surrealist monument in the world.

Step inside from here, and you will find yourself in a huge space with glass window looking at the previous courtyard on one side, while the other side’s wall is covered in enormous piece, Michelangelo’s Head, the backdrop Dali has designed for a ballet in New York in 1941.

So many details! From this space you go to other rooms, all specially designed, full of symbolism and various work. Among them Mae West Room and the Palace of the Wind. Salvador Dali paintings such as Galarina, Portrait of Pablo Picasso, Soft Self Portrait With Grilled Bacon, Poetry of America, Galatea of The Spheres.

One of the most popular areas is Mae West Room where one can take in the three-dimensional application, the creation of a room, from a two-dimensional image, the wash of newspaper of Face of Mae West which may be used as an apartment.

Palace of The Wind ceiling

This is typical Dali scenery that cannot be described, that just has to be seen in person – from the top of the stairway and through reducing lens. Sounds silly even trying to explain!

According to the guide book I bought at the Museum, Dali said that he wanted to make this space “like a single block, a labyrinth, a great surrealist object”. “The people who come to see it will leave with the sensation of having had a theatrical dream”, he stated. And he did nothing less! You are in such an awe for Salvador Dali artwork and the surroundings, but at the same time – you feel lost, without being able to reason with anything!

Next: STEPPING ON JOAN MIRO (7) 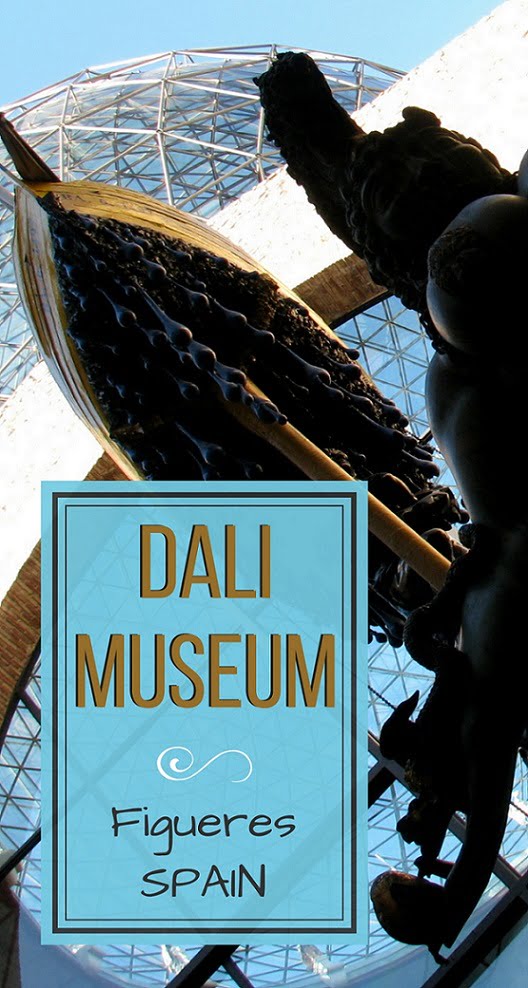 Barcelona: ACHING FROM FLAMENCO… AND MY SHOES (9)
« Barcelona: THERE’S PICASSO, JUST AROUND THE CORNER! (5)
Barcelona: STEPPING ON JOAN MIRO (7) »

18 comments on “Barcelona: OFF TO FIGUERES TO DREAM WITH DALI (6)”