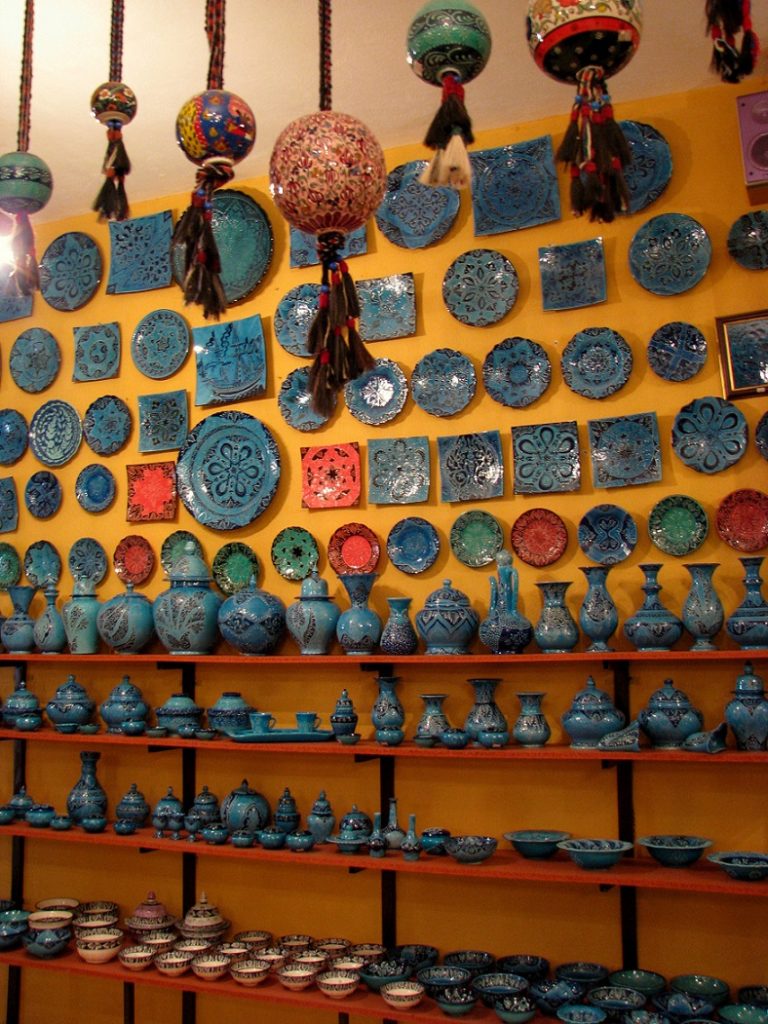 The town of Avanos is located 15 kilometers from Nevsehir. In antiquity the place was called Vanessa, which is „the town on the river“ in Latin. People here made ceramic objects, pitchers, plates, large jars and other household utensils. Today, the locals still carry out this ancient tradition and the town is famous for terracotta products.

I have joined the group of tourists to take the tour around one of the shops where those utensils were sold and hand made. Beautiful plates, pitchers, jars were displayed in the store, in all shades of blue. Small lovely patterns were designed in by hand. Then – the workshop, the wheel for pottery was there.

„Anyone wants to spin it?“, the guy at the store asks.

Well, why not, I thought, have never done it anyway. And I was right – I would remember it as one of my travel anecdotes!

That wet clay was bursting all around, moving on one side and the other, appearing as some shape of a jar. But by the time I got excited by „the thing I have made, myself“, it just collapsed and turned into, well, let’s say – a bowl.

Was confused by colorful pants I was given before I have set at the wheel, but when I have started spinning it, it became clear – the clay was wet and „alive“, jumping all around onto my clothes and shoes. Anyway, I’ve made some kind of a jar and they have promised (as they do to all the tourists) to put it in those clay ovens, so that my „masterpiece“ would be preserved.

„Funny experience“, I thought going out of the store, with pieces of clay in my hair!

Next: FORERUNNER OF A MODERN BUILDING (14) 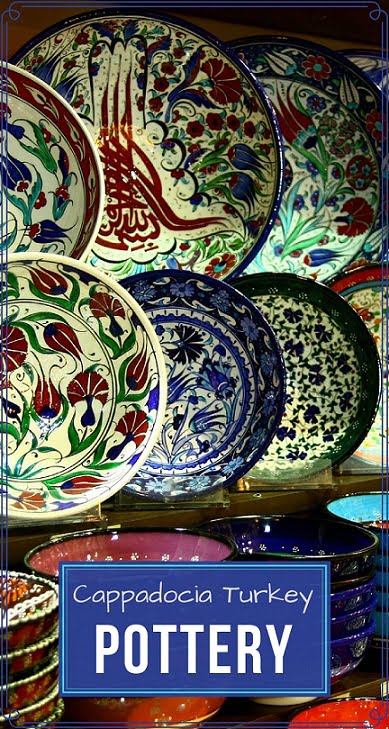 0 comments on “Cappadocia: SPINNING THE WHEEL OF POTTERY (13)”