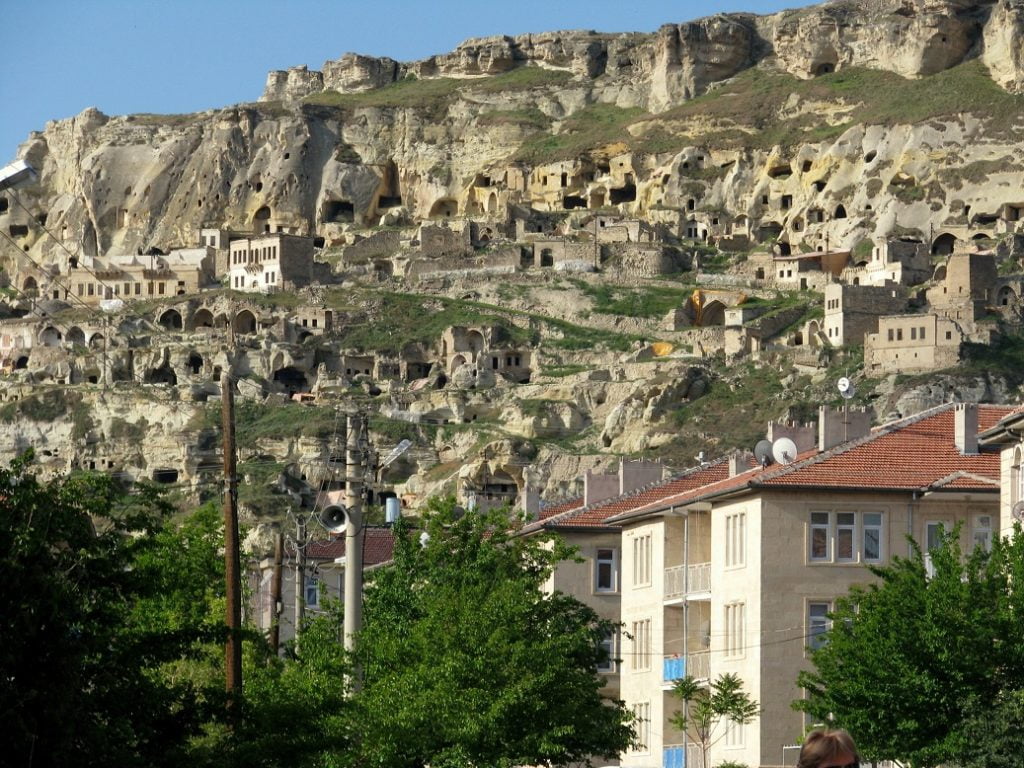 The first glimpse of those incredible nature creations overwhelmed us after some 40 kilometers from the caravanserai. Never the less, that coffee break sure came at the right time since now we have the strength to goggle at this amazing phenomena with our mouth open! What a sight!

While we enjoy our view of this amazing valley, I have to look back to Cappadocia’s rich history. Was just reading about invaders from Hittites’ and Persian times… We have passed through that settlement of Ni(g)de (“Nowhere” in Serbian, see the previous Glimpse) while entering the valley, but now we know that we came to a unique part of the world.

First mentioned in the 6th century BC

The name came from Greeks and in ancient times it referred to vast territory in Asia Minor.

Landscape on the way from Sultanhan

In Herodotus’ time people from this region inhabited all the lands from the Taurus Mountains to the Black Sea. The eastern natural line of Cappadocia was the Euphrates river and in the west – great salty lakes in Asia Minor mainland.

This territory is mentioned in the 6th century BC for the first time by two of Persian emperors – Darius the Great and Xerxes I. Its name in Persian is Katpatuka, meaning “the land of beautiful horses”. Still it is widely accepted that it did not originate from Persian, but from Greek.

The city of Hattusa

Later the territory was divided under the Persian rule. There was the region near the coast of the Black Sea while the rest of Cappadocia in Hellenic times was an independent country with the city of Mazaka as its capital in the 2nd century BC.

Beautiful view of the vast valley

It is well known nowadays that this land was very important during the rule of Hittites in the late Bronze Age and that here their capital lied – the city of Hattusa.

Cappadocia did preserve a type of independence during Persian times and it had its own rulers. Thus Ariarathes I was an independent king of Cappadocia in the time when Alexander the Great took over Persia. After Alexander’s death, his men crucified Ariarathes but his son soon took over the power.

One of the later heirs, Ariarathes IV came to have contacts with Rome, first as its enemy but also as an ally against the Macedonian king Perseus afterwards. Further more, Cappadocia later helped Romans to defend the throne of Pergamon, the country that became the Roman province of Asia.

Roman order was established in Asia Minor, and therefore in Cappadocia as well, after the Pompey’s visit in 63 BC. Pulled in Roman civil war and being on Pompey’s side against Cesar (and later sided with Mark Antony against Octavian Augustus), Cappadocia loses its independence and Emperor Tiberius turns it into a Roman province in 17 BC.

I have put my book down. Now I am even more amazed by the place I have finally arrived to!

Next: BIRTHPLACE OF SAINT GEORGE (9) 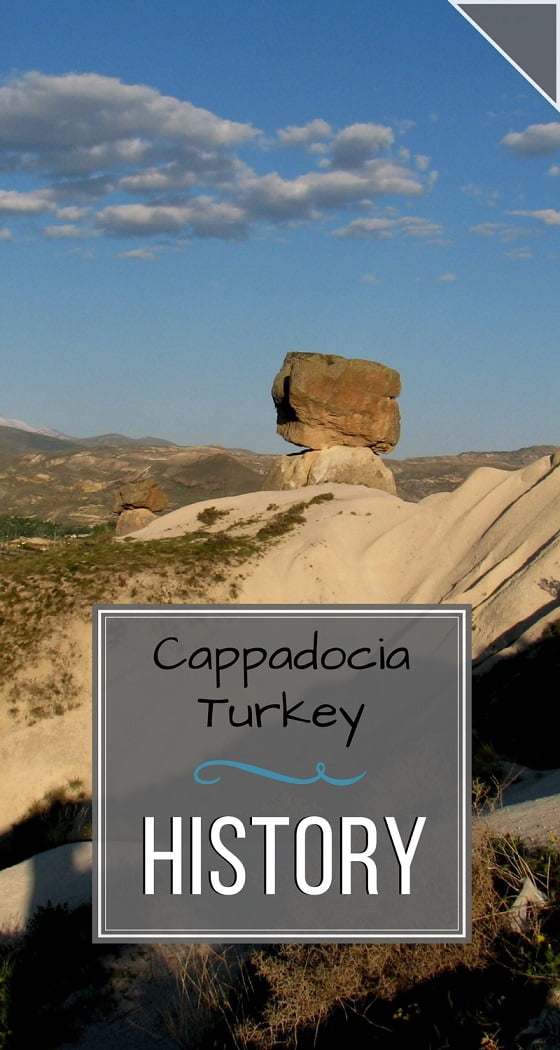 Cappadocia: LOVE VALLEY AND SAINT SIMEON’S ROOM (16)
« Cappadocia: WHEN YOU GET TO „NOWHERE“ (7)
Liebster Award for Glimpses! »