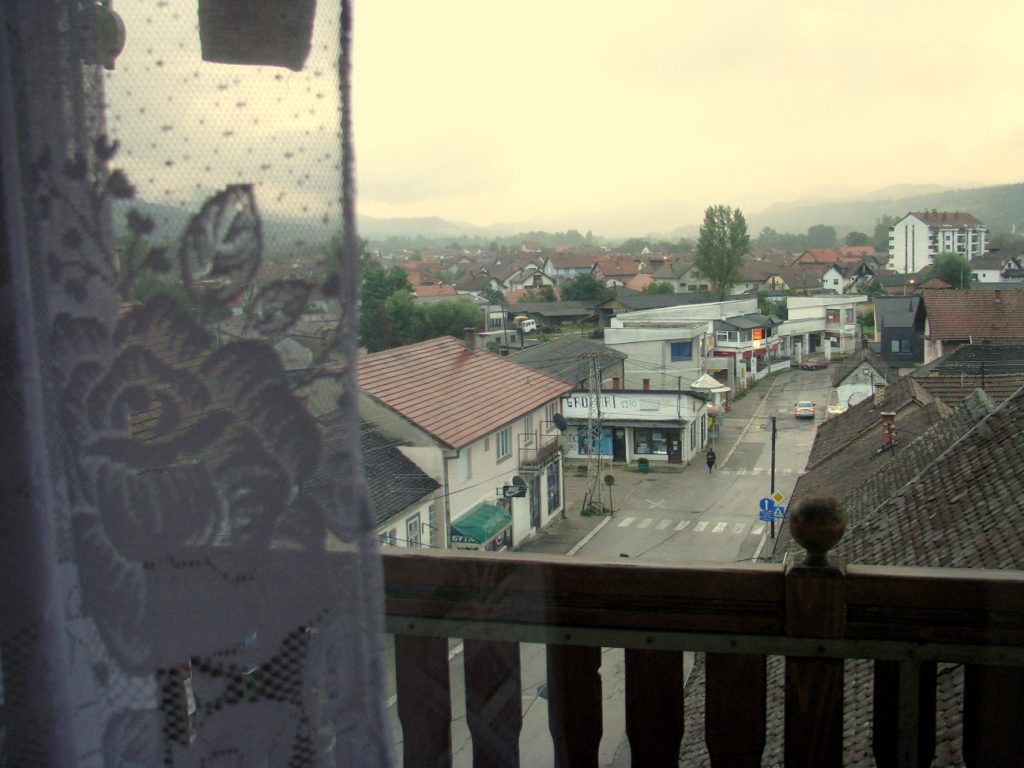 As I was told, down the same street where the Green Wreath hotel was, there was the only working restaurant I could eat in. It was more like a fast food stand, small, with glass case, grill in the corner, three tables outdoors and few inside. But they said the food was „the best in town“.

„It is better to sit inside if you’d like to have dinner, it’s more cozy. There’s no need for your plate to be displayed to all the passers-by“, waitress said, smiling.

Peeking into the streets of Ljubovija

Well, I didn’t quite understand what she wanted to say. But on the other hand, the weather was now pleasant, it wasn’t warm nor cold, so I „took my chances“ and sat at the middle table outside. About ten minutes later I got the message!

The table on the left was occupied by couple of guys, the same happened with the one on the right. Serbian national drink rakija was pouring to their small glasses one after another, not being empty ever, and yet the guys were making toasts to each other from one minute to the next. And from one table to another! With me in the middle, waiting for that dinner to come.

It didn’t end there: who ever walked by the restaurant, said hello to the waitress or those guys sitting outside, friendly smiled to me as well, and glanced at my table. Even had the impression that people were probably looking towards those three tables through their windows.

The scene was disrupted by the waitress saying that she „set the table for me, it’s ready – INSIDE!“.

Next: SMALL “LUXURIES” UNKNOWN TO EUROPE (16) 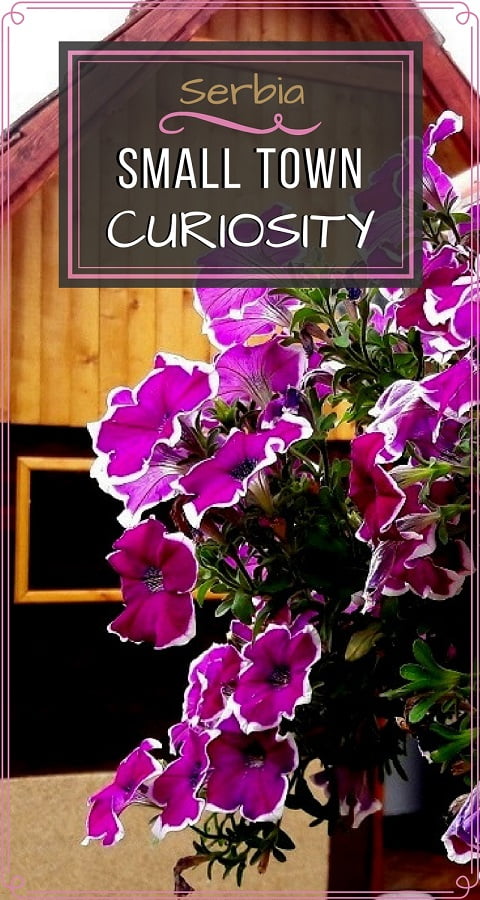 0 comments on “Serbia: UNFAMILIAR FACE IN A SMALL TOWN (15)”