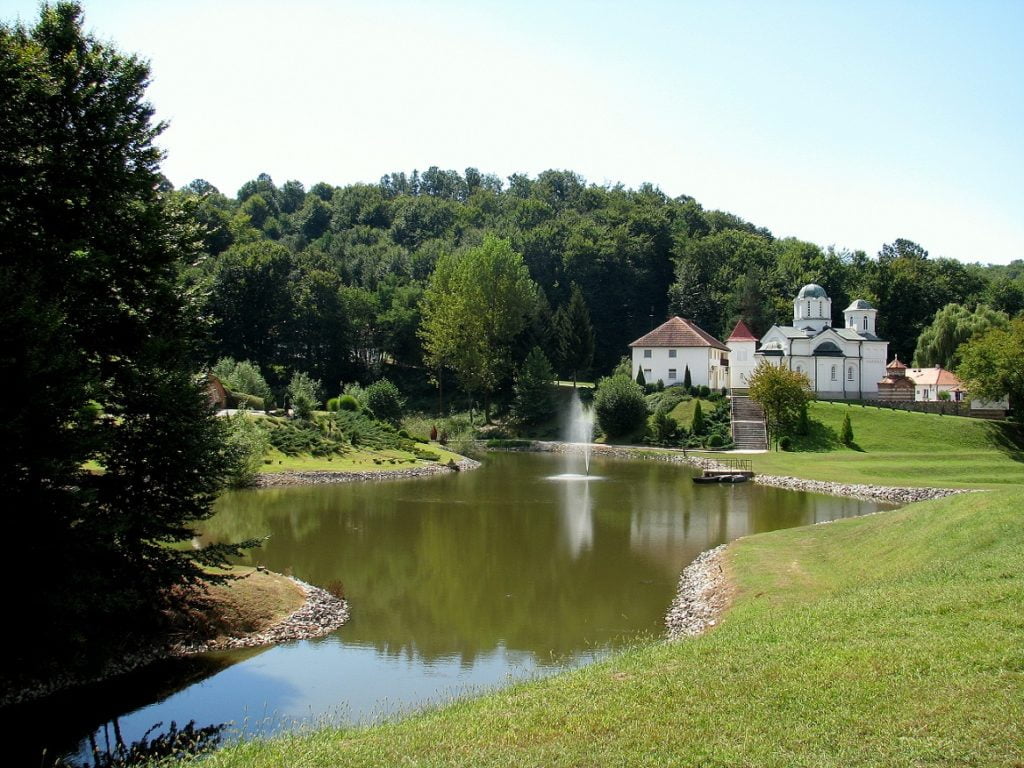 Even though our British diplomat didn’t get the chance to go to Kaona hill on the way to Loznica town, hidden by the forest and that curvy road that goes up and down, we were advised to make a quick stop to the Kaona Monastery. “Serene place”, they said, “beautiful temple in the middle of the forest glade.” Enough said, we were hooked!

The Monastery was founded in the 14th century, while the first church built here dates back to the 11th. It is believed to be erected by Ikonia, Milosh Obilic’s sister, legendary Serbian hero from the Kosovo Battle in 1389. (For more information see the next Glimpse.) Even Mr Paton could have visited the place, it was built more than five centuries before his time. Anyway, we were going to do it for the sake of both of our trips, Mr Paton’s from the mid 19th century and ours – two centuries later.

We were curving up and down that narrow road, stopping to ask for directions the only few people we have seen on the way, and we have found it!

Peace and quiet in Monastery’s courtyard

And there: two ponds, simple small church dominating the hill on your right, nice grass of surreal shade of green, ducks… And a sign „not to disturb the peace of Monastery area“.

So, you try to step gently passing by that bush because those ducks were sleeping underneath. You feel that if they wake up, you would somehow interrupt the whole atmosphere. On the hill before you – Kaona! Serene and calm. Surreal, even more so when you know that only five kilometers down the road traffic noise and everyday-life is bustling on.

And here, the time has stopped it seems, everything stands still, the clouds as well. Trees are not moving, not by a leaf. Nor are those sleepy ducks.

Next: MONASTERY ERECTED BY OBILIC’S SISTER (8) 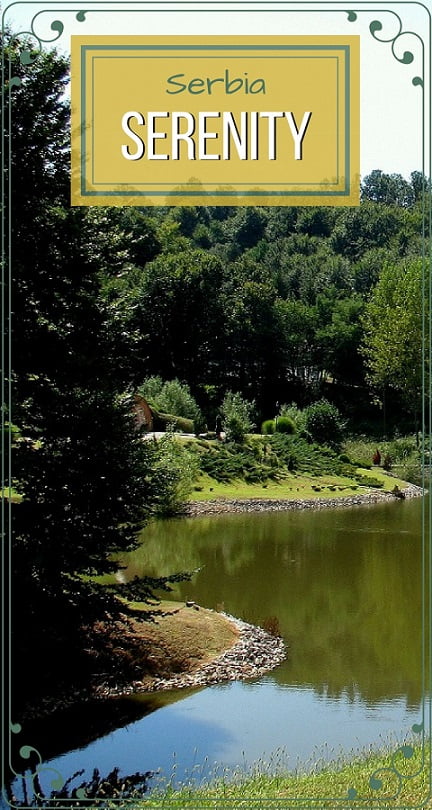 Serbia: SPA THAT HEALS, AGAINST ALL THE ODDS (11)